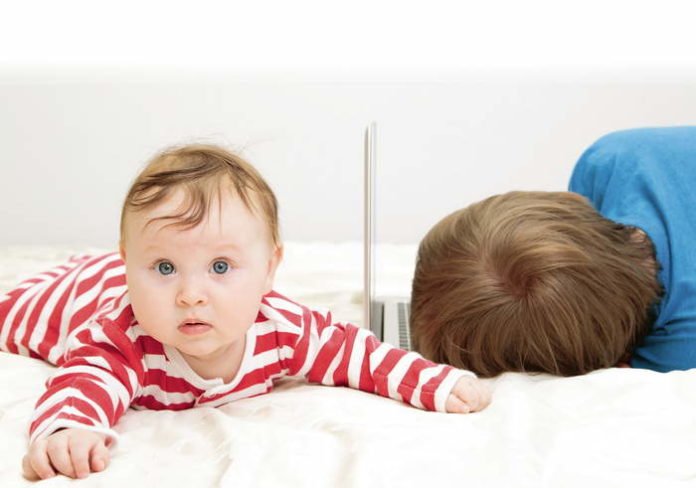 Back when our baby boy was a new addition in our house, I was on that horrendous newborn schedule, where some mornings I found myself up and at ’em at 5:45 a.m. or so, wandering around the house, stunned and confused, holding the baby, who was really insistent that we get the day started at this early hour.

No idea, but I did know that we were all just tired as hell.

I told myself going into this one, though, that I was just going to enjoy those moments. I actually look back on similar moments with the first two kids with an incredible fondness and nostalgia. With my first, it was wandering around Beacon Hill Park and the Fairfield area super early on fall mornings, spotting wildlife and enjoying the scenery.

With my second, it was the Hillside area, early summer mornings, watching the elderly go through other peoples’ recycling, just enjoying being out and about in the dead quiet. Even though I felt like I was floating because I was so tired it was pretty amazing.

With my third, I’m still in the Hillside area, although I seem to be forced outside less with this one; it’s more waking up and brewing a coffee and playing inside. When he was just months old and napped, I made the decision to either get some shut-eye or get some peaceful work or household-duty catch-up time in.

I’m not a smart man, so I usually chose to stay awake. It was often with him on me, the little bundle of warmth and coziness snuggled up to me as I somehow managed to pull out my laptop and balance the coffee on the side of the couch and start typing away at some work, sometimes even this very column.

Thing is, as cozy and coffee-commercial-esque as this sounds, it wasn’t usually exactly as great as that in the heat of the moment. My stomach was often a bit off due to the weird waking time. Occasionally we’d finally get perfectly cozy and I’d have to wake him to go to the bathroom, then we’d start it all over again.

Sometimes I was just too tired to really properly appreciate it.

But, I told myself I was going to enjoy it, so, man, I tried. And I succeeded sometimes. My older ones are 8 and 11 now. I know you just want to punch a dude in the face when he says this, but it really does go so fast. Mainly because you’re underslept, stressed out, and worrying about finances most of the time, but, it’s true: time really does go fast.

My girl is a full-on pre-teen now. The boy is turning into a grown-up before my eyes, too. At the time, it was hard to appreciate being woken up early with them, to be totally honest, because I was new to all this. I didn’t realize how fleeting it all is.

So, a simple reminder: just enjoy it. Forget about the finances for a while. Don’t obsess over how tired you are. There’s no gas left in the tank, I get it, but just power through anyway. Instead of thinking about the bad aspects—and I get it, there are bad aspects—of your early wakings, of any aspects of being a parent through the 18 or so years the little ones are under your roof, just focus on the good stuff. It deserves your attention.

My oldest occasionally hurls something a bit hurtful at me when upset these days. Pre-teen stuff. Sometimes it’s charming, but sometimes it can hurt. Recently, she told me in no uncertain terms that I’ve been grumpy and stressed out lately. It was a good wake-up call, because one day she’ll be grown up and out of the house and I’ll look back on every grumpy moment and think about what a waste of this amazing time those grumpy moments were.

Screen time is one of the biggest concerns/struggles/die-on-the-hill battles faced by modern parents.How much is too much? How can I cut it down? Why...
Read more
Fatherhood

The Best Days of Your Life

(or something like that) What goes through your mind when someone says “don’t blink, these are the best days of your life”?I’ve heard this adage...
Read more
Fatherhood

Love in the Time of COVID-19

I’d planned to write this column about our family’s new puppy. I was going to confess how, against all good parenting advice, we gave...
Read more