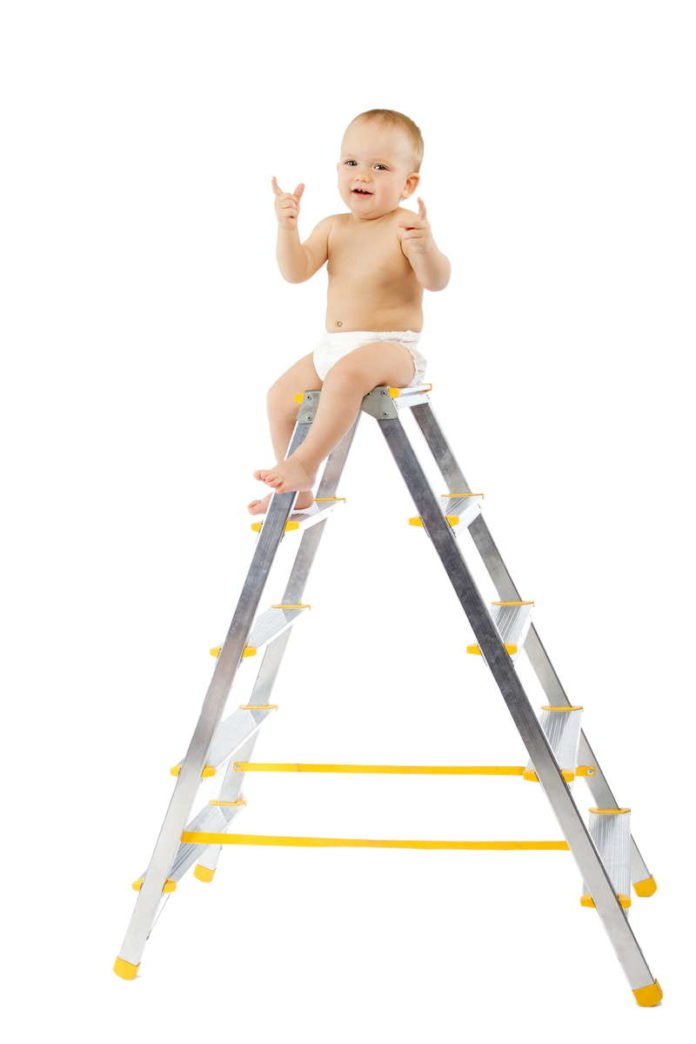 By the time you read this, our family of four will be a family of five. Yes, there will be a new small screaming addition in our house, I’ll be back to writing this column at 4 a.m. while pacing in small circles around the Pratt abode with the kid strapped to me in some modern-day psycho-nervous-parenting contraption, and I’ll be buying lots of things that I legit don’t understand the purpose of while quietly cursing these companies capitalizing on the fears of new parents with their environmental deathtraps of products.

This is the first time we’ve had a baby since moving into a place with stairs. This is an interesting new dynamic, and I’ve already had fully confusing conversations with parents who have been through this: put baby gates on the tops and bottoms of both staircases, one will say. No, someone will counter them, put them on the bottom of one and the top of the other. Nope, says someone else, move the gates depending on where you are in the house. Screw them in to the wall and wave goodbye to our damage deposit or take a gamble and use the pressure kind?

No idea, man. As of the time of this writing, I’ve made no movement on this decision, but from what little I can remember of babies, they don’t crawl right away, so I think I’ve got time.

In preparation for the new arrival (the baby, not the baby gates, but that will be a very special day as well), it was time to leave behind the teeny Toyota Echo we’d all been cramming into and move on up into the world of the mini-van. We found what appears to be a good deal on a used Dodge Grand Caravan, and then about three days later, I hit the side of a wall with it. Turns out the learning curve when driving a vehicle three times longer than your last is really, really steep.

After paying about a quarter of the cost of the vehicle in repairs, we’re back on the road, and ready for Pratt number five. More than ready: we’ve got seven seats in this thing. I’m cranking the heck out of our three-month free trial subscription to Sirius XM while pretending I’m not middle-aged, cruising down the road with classic metal cranked up, pretending to not notice the girls laughing at me as I drive past, and pretending to not notice that one speaker is cutting in and out. I’m a rainbow in the dark. We’re ready for anything in our Grand Caravan.

Anyway, to be honest, there are some things about the baby years I left behind that I kinda could have left behind and not missed. For example, placing the baby near other babies and pretending they’re interacting, like one does with small animals, while smiling with parents you don’t know and are too tired to get to know? Yeah, I’m a bit alarmed I’m bringing stuff like that back into my life.

But of course it’s all worth it, and when people impart their wise words of wisdom upon me—“You realize you’re outnumbered now?”—and I chuckle wistfully, I usually take a moment to have a power-deep-thought moment while pretending to have a conversation and I think, yeah, we’re going to be outnumbered. And it’s great. Our first two are incredible. The world could use a few more good ones. Why stop here?

But here’s the rub: I don’t really like odd numbers as much as I like even numbers (you probably don’t either, unless you’re deranged), so I get this feeling that with three kids it ain’t over yet. Hey, our van seats seven and I’m about to buy the hell out of some baby gates. Crazy, but that’s how it goes. We’re ready for anything.

Greg Pratt is the father of three children and a local journalist and editor. His writing has appeared in, among other places, Today’s Parent, Wired, Revolver and Douglas.

My kidlet likes a schedule.I’m ruled by time, with alarms for everything from taking out the recycling to not forgetting to eat ice cream...
Read more
Fatherhood

Our family lives not too far from Bowker Creek. We pass over its hidden waters or walk along its concrete banks several times a...
Read more