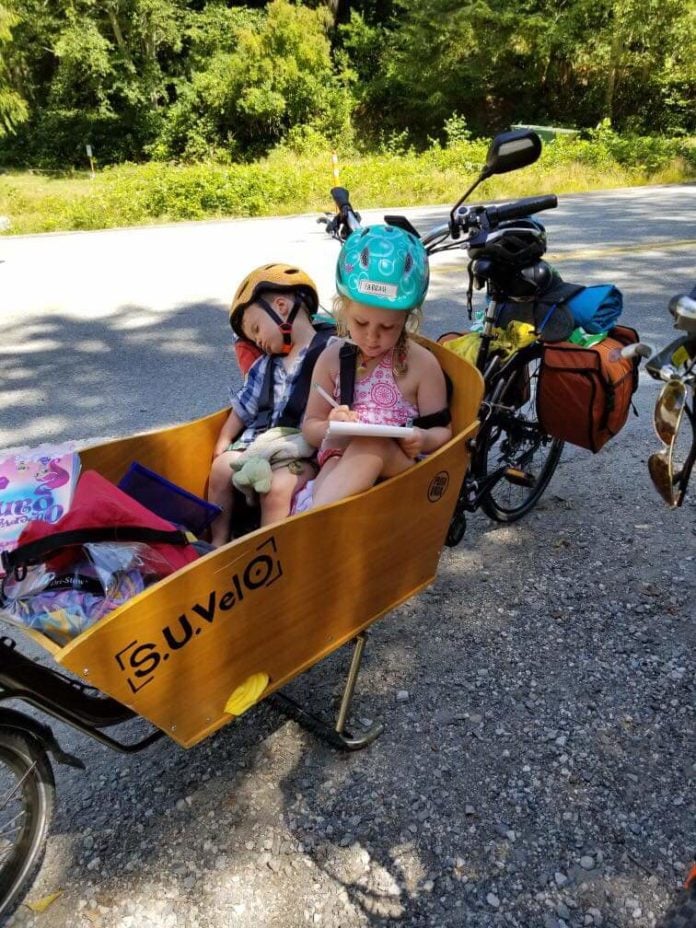 Vancouver Island is home to an increasing number of families who are choosing to commute by bicycle. Many are concerned about climate change and want to reduce their carbon footprint. With European style cargo bikes becoming more readily available in Canada, people are taking advantage of our region’s bike-friendly climate to hop out of their cars and onto bikes—kids, pets, grocery bags, and all. In the quest to reduce their Greenhouse Gas (GHG) emissions, some families are ditching their minivans entirely for family cargo bikes.

Parents of young children tend to feel the urgency of the climate crisis acutely, and many are looking for both political and personal changes to happen quickly, in order to avoid locking in runaway climate change. In British Columbia, 28 per cent of our total emissions come from road transportation, according to the Provincial Greenhouse Gas Emissions Inventory. In some Island communities, such as Saanich, that number is closer to 50 per cent. This means that transportation is the low hanging fruit—something that young parents who are concerned about their children’s future have the ability to change and in doing so see a meaningful reduction in their carbon footprint.

But cycling is about much more than reducing GHG emissions—it comes with significant health benefits. In fact, a UK study found that cycling to work rather than driving reduces the likelihood of cancer or heart disease by half. Many cyclists also report a feeling of joy while riding their bikes, and families who bike with their kids often talk about how much more fun their commute is since they started cycling.

Electric cargo bikes are becoming an attractive and practical option for families looking to reduce their GHG emissions. As European-style cargo bikes such as longtails (where the rear end of the bike is longer than normal) and bakfiets (meanig “box bikes”) become more readily available in North America (and many of them coming equipped with e-assist), families are finding that they can ride comfortably with their children and stuff aboard their bikes. Commuting by bike with kids has become a practical option, and electric bikes far outstrip their larger cousins—electric vehicles—when it comes to reduction in energy use, GHG emissions, and pollution from the breakdown of tires and brakes over time, while allowing their riders to get exercise as they commute.

Infrastructure changes are taking shape in communities all over Vancouver Island, from all ages and abilities protected bikes lanes in Victoria to new trails and cycling routes cropping up in Nanaimo, Courtenay, and beyond. Even rural areas and Gulf Islands are reporting an increased interest in cycling, as our rural roads are updated to include wider shoulders, allowing folks to cycle safely. Recent reports from Vancouver show us that the line from Field of Dreams—“If you build it, they will come”—is true for bike lanes: 10 years on, the Burrard Street bike lane is North America’s busiest, according to city officials, with more than a million cyclists using it every year. While Vancouver Island has some catching up to do, cycling advocacy groups are working in many communities on our island, making sure that local governments make cycling infrastructure a priority.

Cost can still be a barrier for some families, but market pressures and government support have begun to respond to the demand for this clean transportation mode. Cargo bikes remain costly, as they are often imported from Europe, but more affordable cargo bikes such as Radwagons and Bunch bikes are entering the North American market and making family cycling more accessible. Some families are also realizing that financing an e-bike makes financial sense, as the savings in gas, parking, and maintenance quickly add up. Additionally, the BC Government recently introduced a scrap-it rebate, offering a credit of $850 towards the purchase of an e-bike for those who have a car to scrap. E-cargo bikes are still an investment, but one that is becoming more accessible and making more sense than ever for many families.

There has never been a better time to swap your minivan for a bike, get in shape, and reduce your family’s carbon footprint. Let’s change our culture, not our climate!

Elise Velazquez lives in Gorge Tillicum with her husband and two children. She loves riding bikes, writing poetry, looking for solutions to climate change, and swimming in the Gorge Waterway. Find her on twitter at @EliseVelaz9 and Instagram at @elise.velaz.

It’s the ‘Little Things’ that Matter this Summer 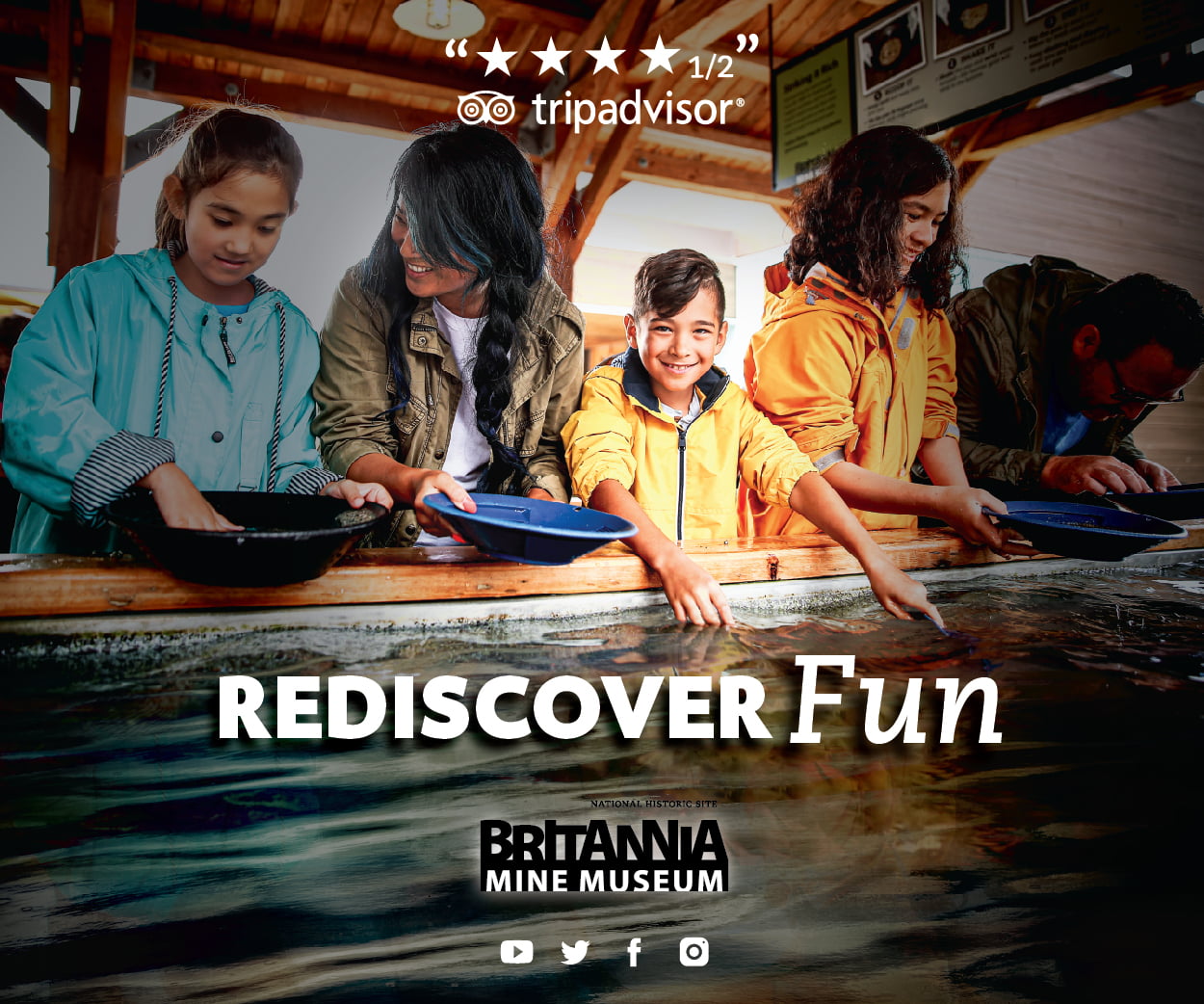