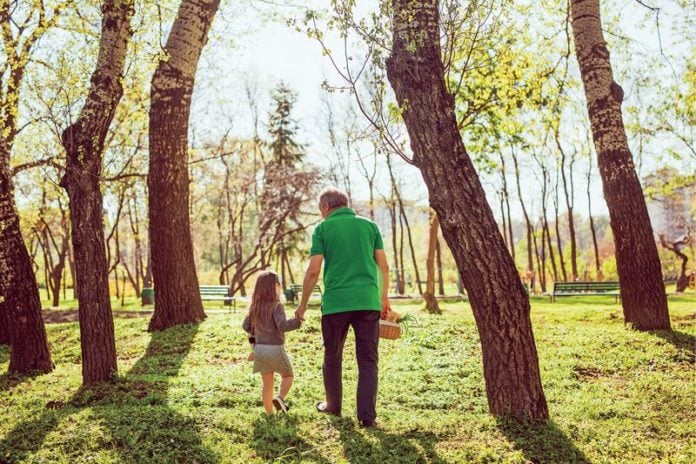 Not only are grandparents keeping up with their grandchildren these days, they’re often setting the pace.

Skydive over the Cowichan Valley?

Forget rocking chairs and knitting needles, grandparents these days are more likely to reach for their hiking boots or a bike when it comes to spending time with their grandkids. Sure they’d likely be happy sitting and knitting, too, but grandparents now are more active than ever.

According to the Statistics Canada report, Family Matters, there were 7.5 million grandparents in Canada in 2017—the highest number since the data started being collected. With more of us, being more involved and active than ever, grandparents and grandchildren benefit.

Grandparents can act as “stress buffers, family watchdogs, roots, arbitrators, and supporters,” according to The Legacy Project. “Grandparents can be a major support during family disruptions, such as divorce, illness or death (see Gone But Not Forgotten on page 10). They are also historians—teaching values, instilling ethnic heritage and passing on family traditions. They’re very often role models and mentors for younger generations (see Bridging the Generation Gap on page 12).”

According to a 2010 Oxford University study, there is a significant correlation between a grandparent’s involvement and a child’s well-being: A grandparent’s interest in a child’s hobbies was associated with the grandchild having fewer peer problems; being involved with their schooling was associated with fewer behaviour issues; and grandchildren who discussed future career plans with their grandparents had fewer emotional issues.

And the benefits spill over to the grandparents, too. Studies show that having grandchildren can help boost your health in a variety of ways—and keeps you young.

In 2014, Australian researchers found that spending time with grandchildren could sharpen cognitive skills. Not only that, but having grandchildren keeps you more active, lowers your risk of depression, keeps you learning, strengthens your immune system, helps you rediscover a sense of purpose, and motivates you to take care of yourself.

And they make us laugh (see Kids Say the Darndest Things on page 6).

So time together with our grandchildren is a win-win for all of us.

Just like the time you spend with your grandchildren, we hope you enjoy every minute—and every page—of Grand.

Sue Fast
Sue Fast is the editor of Island Parent, Grand and ’Tweens & Teens magazines. Her writing has also appeared in Canadian Living and Vancouver magazines, the Georgia Straight and Monday Magazine.