Hopscotch in the Dark 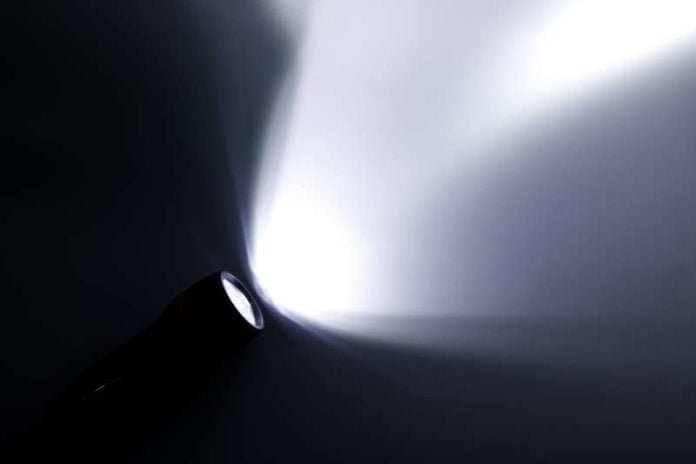 I recently read an article presenting the theory that grandparents who are raising grandchildren tend to live longer.

I would dispute this. In the two and a half years since my husband and I moved to the Comox Valley to be near our grandkids, we have aged noticeably.

While we are not responsible for the day-to-day care of these delightful descendants we are frequently summoned for duty—for instance, when our daughter texts at 2:25 p.m. to inform us that she is unavoidably detained and could we please pick the kids up from school at 3:00 p.m., feed them a snack, and amuse them until she can collect them at 4:30 p.m.?

The responsible and dedicated grandparents immediately abandon their plans for the afternoon—napping, say, or scrubbing out the recycling bin, or picking aphids off the rose bushes—to rush to the school and collect the little darlings.

This is not as easy as it sounds.

The first challenge is to survive the drive home. The two youngsters in the backseat are fighting over whose turn it is to play games on Grandma’s laptop. The young teen in the front seat is complaining loudly about the “old person” music on the radio, as she changes it to her favourite pop station. The backseat argument is settled by Grandma’s decree that today is a “no screens day” and NEITHER of them gets to use her laptop. The kid riding shotgun is informed that she has 30 seconds to return the radio to Grandma’s classic rock station. Furthermore, everybody better pipe down or they can all get out and walk!

This subdues them briefly.

The 7-year old recovers first, and regales Grandma with a blow-by-blow description of her school day. Her memory is prodigious. In the five-minute drive home I learn more than I ever wanted to know about the habits and social interactions of second graders. Meanwhile, the other two quietly squabble about who gets to play with the cat.

Snack time is complicated by the fact that the oldest is on a grain-free and dairy-free diet, the youngest will only eat rice crackers and goat cheese, and we have run out of Honey Nut Chex for the middle kid.

Once they have been fed and watered, however, peace reigns. The two oldest hunker down with the cat and our collection of Calvin and Hobbes cartoon anthologies. I sigh and head for the coffee pot.

Then the youngest says those three little words all grandparents dread:

I offer suggestions: we could draw pictures, or do a jigsaw puzzle, or read another chapter of Winnie the Pooh, or pick aphids off the rose bushes…?

None of those things are INTERESTING. Then her face lights up.

“I know, Grandma! Let’s play Hopscotch in the Dark.”

I fear the worst.

“Hopscotch In the Dark,” I remark calmly. “I’m not familiar with that game.”

“That’s because I just made it up,” she says.

In case you ever want to play Hopscotch in the Dark, here is how it goes.

Game play:
1. Arrange hula hoops on the floor in a random pattern.

3. Turn on the light. The flashlight doesn’t work, and it’s scary in the dark.

4. Find batteries for the flashlight.

6. Turn on the light. There are strange noises in the room.

9. Player One shines the flashlight on the hoops, while Player Two tosses the three objects into the hoops of her choice.

10. Player Two now hops from hoop to hoop on one foot, collecting the objects, while Player One helpfully shines the flashlight into her eyes.

12. When this gets boring, move on to a variation called “Follow The Light,” in which the hopper navigates a series of long jumps, sudden turns, and switchbacks devised by the fiendish flashlight wielder.

13. Continue playing until someone gets bored, or someone passes out, or Mommy arrives.

14. Say goodbye to Player One and her siblings.

Jacqui Graham has six grown kids and eight delightful grandkids age 6 months to 11 years. If she had known how much fun grandkids would be, she would have had them first!

Jacqui Graham
Jacqui Graham has six grown kids and eight delightful grandkids age 6 months to 11 years. If she had known how much fun grandkids would be, she would have had them first!