Into the Realm of Books 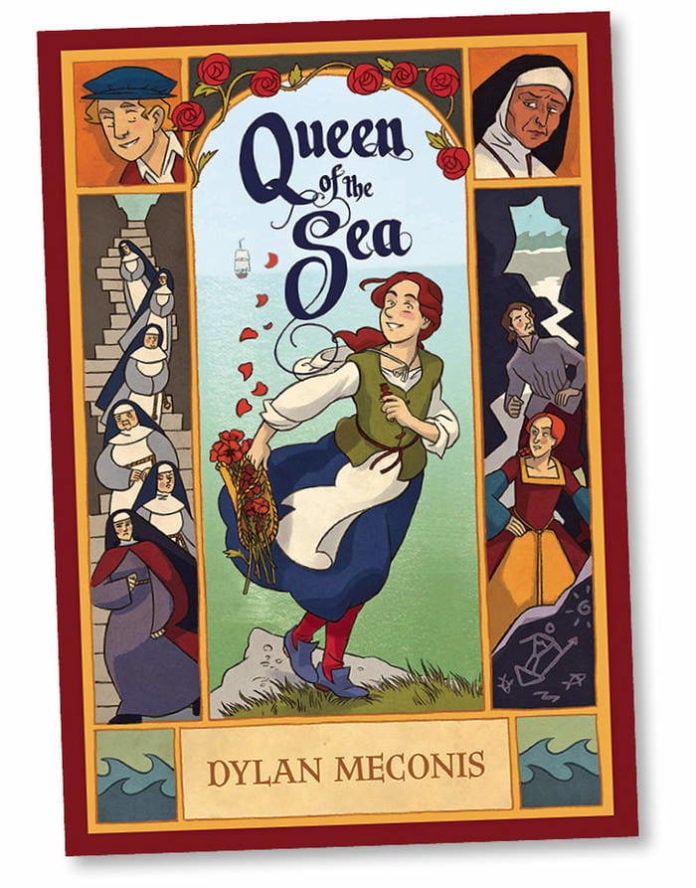 Need a little bit of a break from reality?

Here is a list of books that will all take you to a different world or on a fantastic adventure.

The first book is called Queen of the Sea by Dylan Meconis (Walker Books, 2019). It’s a gorgeous graphic novel about a young girl named Margaret who lives in a convent on an island off the coast Albion. Her idyllic world is turned upside-down when she learns that she wasn’t just some random child abandoned on the island; she, like most of its inhabitants, is a prisoner by order of the king.

Inspired by the early years of Queen Elizabeth I, this story will sweep readers along in a tale of political intrigue and secrets as Margaret tries to discover who she really is and what crime a baby could have committed to land her in prison for life. For ages 10 to 14. 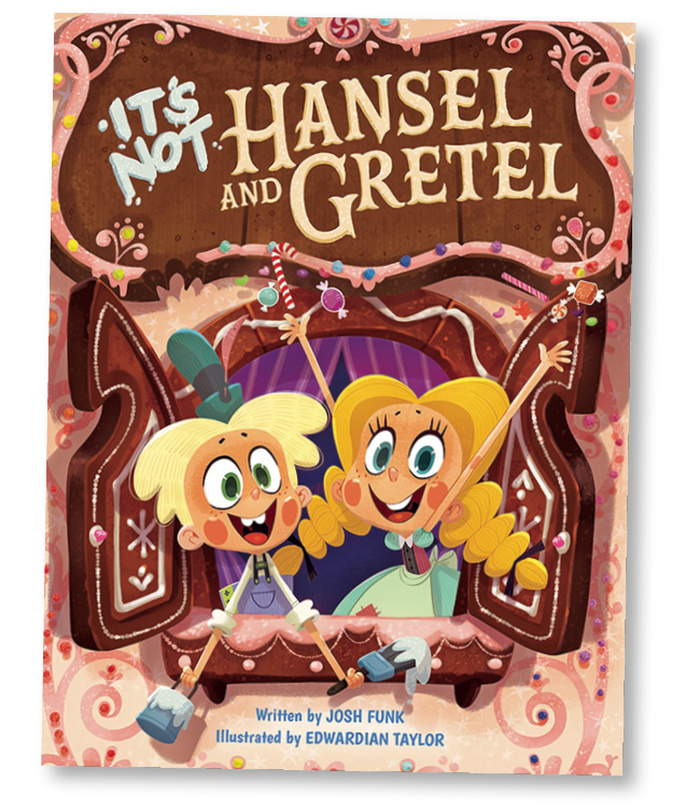 The next book is for a younger audience. It’s called It’s Not Hansel and Gretel by Josh Funk and illustrated by Edwardian Taylor (Two Lions, 2019). This is a re-telling of Hansel and Gretel, but the two children are not listening to the narrator in the slightest. They point out the ridiculousness of leaving a bread crumb trail during a famine—if they had some, they most certainly would have eaten them–deny the idea that they’re parents could be trying to abandon them–their father is just bad with directions when he went to get them blankets, and cannot comprehend that the woman who lives in the candy house could be evil. Kids and parents can laugh along with Gretel and Hansel’s antics as they retell their story their own way. For ages 3 to 7. 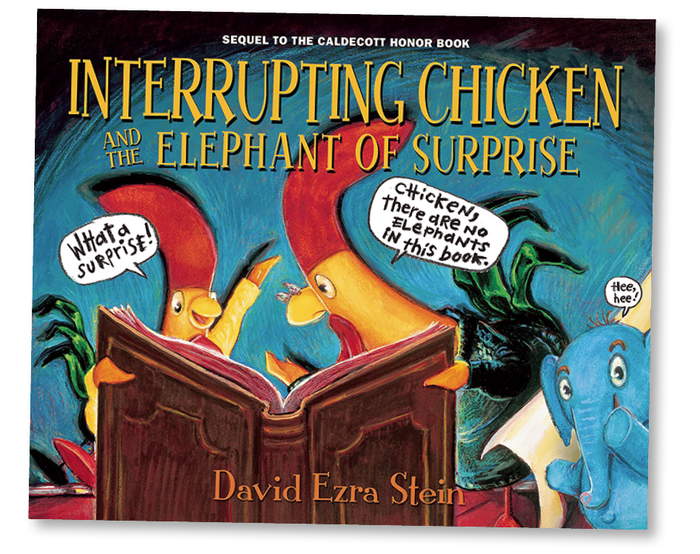 Moving on to Interrupting Chicken and the Elephant of Surprise by David Ezra Stein (Candlewick Press, 2018). This is a book parents can definitely relate to right now as they struggle to help their children with school work. Chicken needs to find the elephant of surprise in three stories for her homework and she enlists her father’s help to find them. However, Papa is pretty certain that the teacher said element of surprise. Chicken doesn’t agree and sets out to find the poor lost and lonely elephant in the pages of three very well-known folk and fairy tales. Stein’s illustrations are brilliant. He intermixes the old style of illustrations that were common to fairy tales with his bold and brilliant illustrations that really make the surprises pop out of the page. For ages 3 to 7. 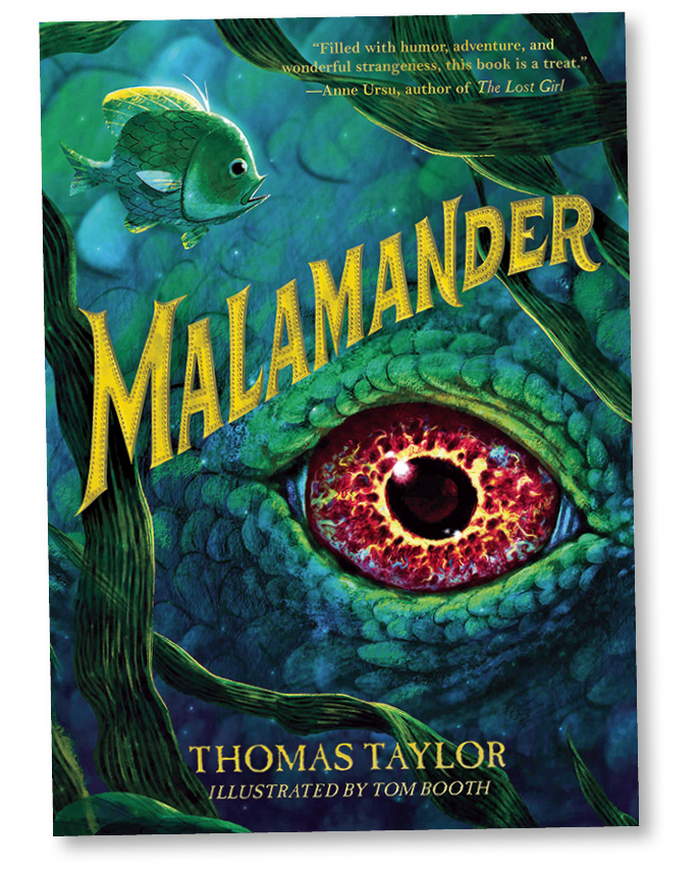 Next up is Malamander by Thomas Taylor and illustrated by Tom Booth (Walker Books, 2019). In this delightfully dark and creepy tale, Herbie, the young Lost-and-Founder of the Grand Nautilus Hotel ends up with more than he was expecting when a girl dives into his cubbyhole. Her name is Violet Parma and she was lost at the hotel twelve years ago when her parents vanished into the sea. Now she wants Herbie’s help becoming found. However, not only did her parents disappear before Herbie started working at the hotel—and possibly before he was born, he’s a little unsure of his age—there is also a creepy man with a hook for a hand who seems determined to catch Violet, and if that’s not bad enough, the malamander has woken up from its sleep and it slithering through town at night. For ages 8 to 12. 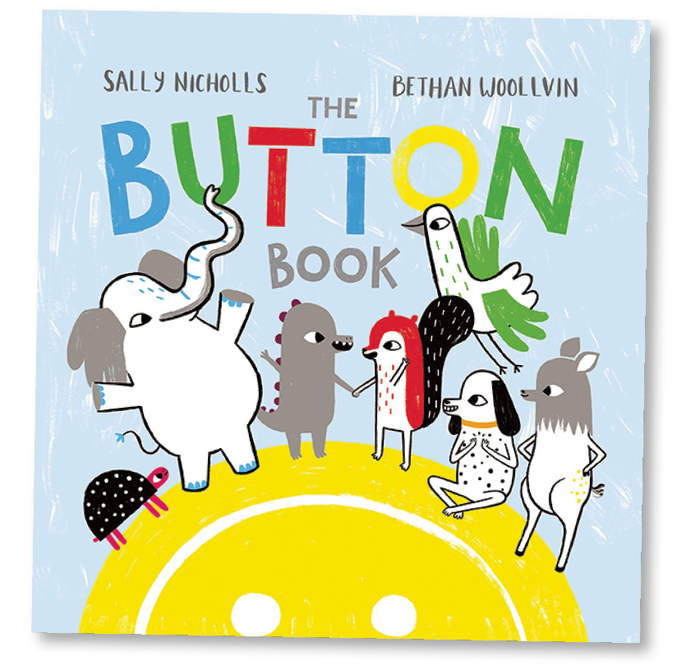 Finally, there is The Button Book by Sally Nicholls and illustrated by Bethan Woollvin (Tundra Books, 2019). On each page of this colourful book there is a button. Each button does something new. Some make music, some make raspberries, and some cause tickle fights. If you’re feeling up to it, you could act out each action with your kids as your press your way through this book. For ages 3 to 7.

While this time of quarantine might be wearing you and your children down, I hope you’re able to find some laughter and adventure within the pages of a book. Because while we may not be able to travel, our minds can still run wild and free.