Just the Way We Are 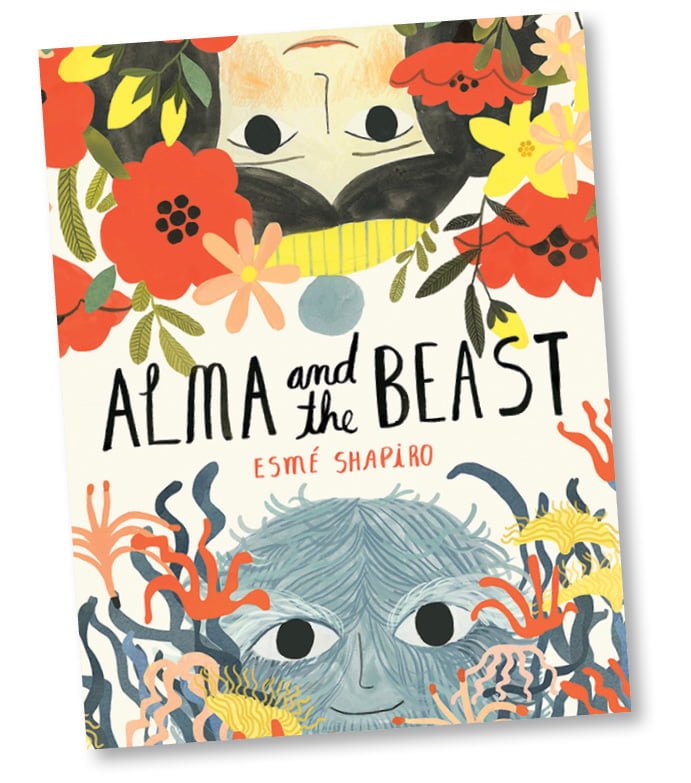 My oldest son started kindergarten this year. Leading up to his first day there was some excitement and some nerves on both of our parts. He was excited to learn and worried about how he would do, being away from me for so long. I was excited for him to go and have fun, but I was worried about whether or not he would be accepted.

I think my son is great. He’s lovely, considerate, funny, and fun to be around. But I am also his mother, and I know my own mother would have said the same about me when I was in school, and I didn’t have the best experience there. Kindergarten was good. It got rougher later on. And so, I worry about him.

I’m going to go out on a limb and say I’m probably not the only parent who worries about whether or not their child will be accepted. Or whether or not their child will be the one who accepts others. So, the books in this list will look at friends (and cultures) who are different from one another, and highlight how those differences are not something to be scared of or to mock, but something that can be the basis of a friendship.

The first book is Alma and the Beast by Esmé Shapiro (Tundra, 2019). In this delightful tale, Alma is enjoying her day-to-day activities, such as braiding the trees and combing the grass, when a bald beast wanders into her garden.

At first, Alma tells the beast to go away, but she eventually realizes the beast isn’t too scary and decides to help the lost beast find her way home. This book is beautifully illustrated with detailed images that can transport you into Alma’s hairy world, while showing children that first impressions aren’t always right. For ages 4 to 8. 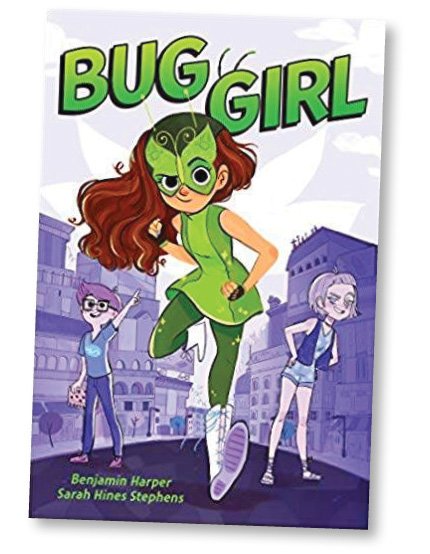 The second book is The Bug Girl by Sophia Spencer (the Bug Girl) with Margaret McNamara and illustrated by Kerascoët (Schwartz & Wade, 2020). This book is Sophia’s story about what it is like for her to be a young girl who likes bugs. When she was in kindergarten it was fine, but as she got older the other children started to tease her. It got to the point where she took a break from bugs. And that might have been the end of the bug girl’s interest, except her mother decided to try and contact some entomologists, and soon she got notes and letters from scientists all over the world talking about their own love of bugs. For ages 4 to 8. 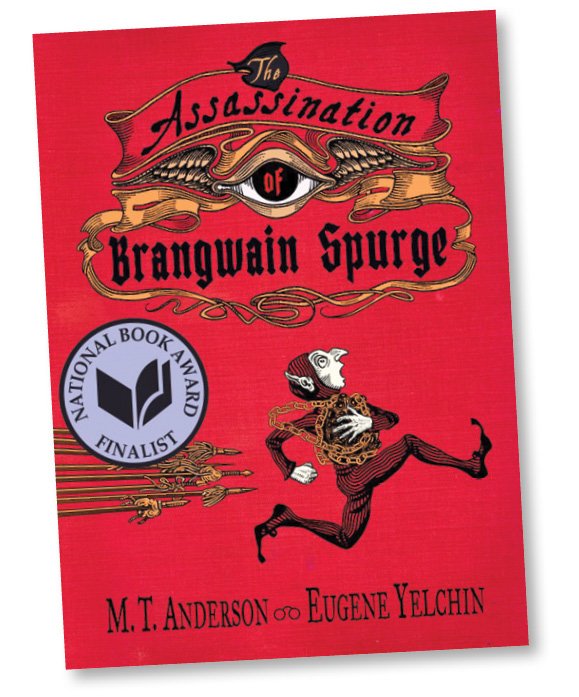 The third book is The Assassination of Brangwain Spurge by M.T. Anderson and illustrated by Eugene Yelchin (Candlewick, 2019). This book uses illustrations and text to tell the story. It can be a little odd in the beginning because there are no words in the first chapter. But, once you get into the mindset and look at the pictures, you will understand the story. And it is a fantastic story. It is about the elf Brangwain Spurge who is sent on a diplomatic mission to the goblins. When he arrives, he is entrusted to Werfel the Archivist’s care, until Ghohg the Protector can see him. As you can imagine, this mission does not go smoothly, but Spurge and Werfel learn they are not as different as they first thought, and the pictures let the reader witness the changes in Spruge’s mind about the appearance of his companion. For ages 10 to 14. 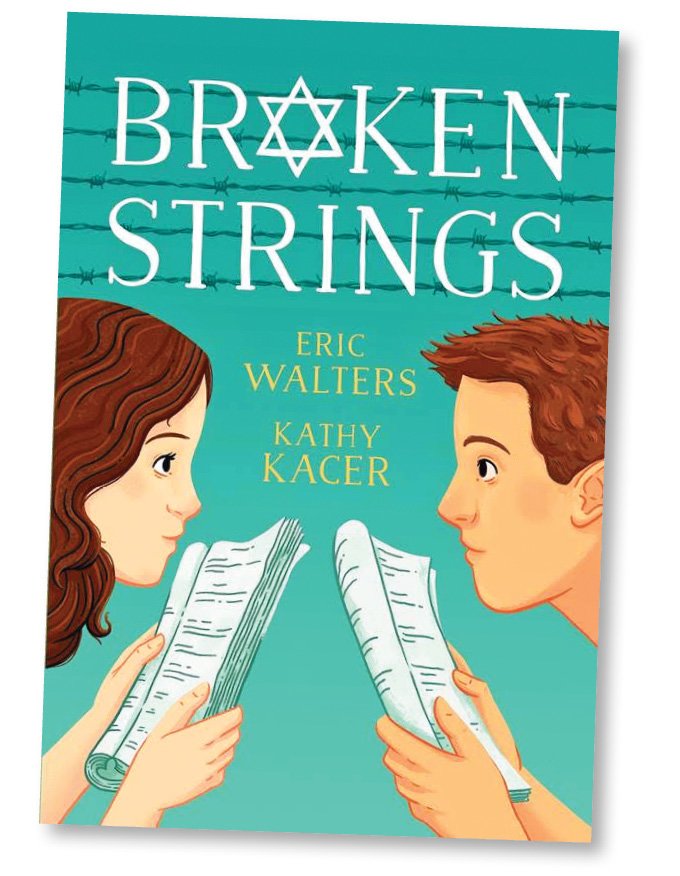 The fourth book is Broken Strings by Eric Walters and Kathy Kacer. This book isn’t easy to read, but it is beautiful. It covers themes such as accepting others and avoiding judgment, while set against the background of Manhattan five months after the towers fell on 9/11.

Broken Strings is about a Grade 8 girl, Shirli, who lands the part of Golde in the school’s play Fiddler on the Roof. Shirli, who is Jewish herself, heads to her grandfather’s house to find props, and she comes across a violin and a poster of her grandfather—who refused to ever have music in the house—holding the violin and standing with a group of musicians. She brings the instrument to him and begins to learn about the past her grandfather never speaks about.

Be prepared to deal with questions and difficult emotions. There were times I had to put the book down and walk away to reset or cry. But don’t let that scare you away from this story, because it is wonderfully written and expertly deals with these difficult topics. For ages 10 to 14. 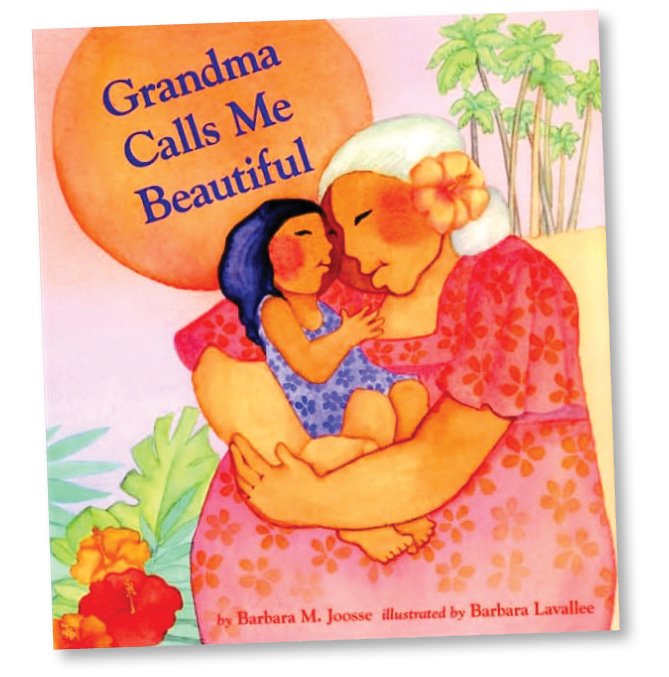 The fifth book is Grandma Calls Me Beautiful by Barbara M. Joosse and illustrated by Barbara Lavallee (Chronicle Books, 2008). In this beautifully illustrated story, a young girl asks her grandma if she would still call her Beautiful, even though her hair isn’t as colourful as bird feathers, or if she grew too big to sit on her grandmother’s lap. Throughout it all, her grandmother reassures her that “Beautiful is who you are.” For ages 4 to 7.

It is hard to watch our children struggle and feel like they belong outside of the group. But if we all work together to teach our children about different cultures and how to be kind to children who are different or not someone they’d instantly want to be a friend to, we can make our world a better, more inclusive place.

Parents have the choice to send their children back to school on a gradual and part-time basis, beginning on June 1. Here, according to...
Read more
Reading

Because of Covid-19, many Pride Parades and the associated celebrations have been cancelled. But that doesn’t mean you can’t celebrate Pride Month at home....
Read more
Education

World Health Organization’s Back-to-School Re-entry Checklist1. Monitor your child’s health and keep them home from school if they are ill.2. Teach and model good...
Read more 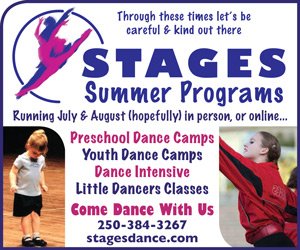