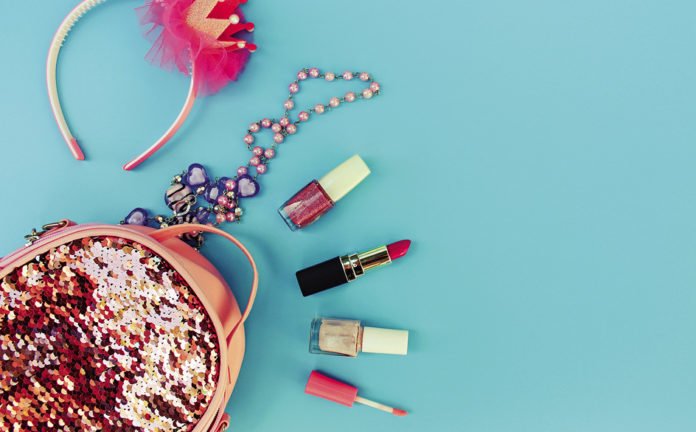 I was working in my home office when I noticed that my 10-year-old granddaughter had slipped into the room and was standing there, a big, silly grin on her face.

“How do you like my make-up, Grampa?” she asked.

Engrossed in what I was doing I muttered something like, “That’s nice sweetie, I’m a little busy right now.”

Then, after the few seconds that it took to sink into my conscious mind…

Sure enough, the cherubic face that I’ve loved since she was a baby now sported pink lip gloss and some sort of colour that gave her cheeks a decidedly flushed appearance.

“Um, does your mom know you’re wearing make-up? When did that start?”

She giggled and, with an indulgent eye roll and a “Yes, Grampa, but I don’t wear it out,” she was gone.

It left me wondering when the little girl I’d played princess doll adventures with had become, well, I’m not entirely sure what she is now.

Don’t get me wrong, I still love her to bits, but I have to acknowledge that she’s changed.

A few days later my daughter advised me that Randi had begged to go to the mall and that she’d finally managed to convince her mother to allow the excursion.

That’s when I learned that little Randi didn’t want to go to the mall with her mother, she wanted to go with a group of friends.

My daughter had finally agreed but had imposed planning and conditions that rivaled an excursion into the Amazon basin.

“I’m taking them there, but she’s got her phone and I’m going to be in the food court,” my daughter said. “I’ve told her to check in regularly and call me if there are any problems and to be back in two hours…I’ve also given her a long talk about what she can and can’t do.”

The mall adventure went reasonably well, with only a few bumps along the way, but it was an indicator that things will never be the same.

My little sweetheart is growing up.

But the truth is that, while preteens may seem to be on their way to their teenage years, they are still children.

Sure, they’re peeking through the doorway at their teenage years and want to be more independent while instinctively knowing that they still need the support of parents and grandparents.

It’s a tough time and a scary world, after all.

And it’s a time when the body issues, self-image, social pressures, relationships, critical thinking and judgment, bullying and, well, you get the picture. Just about everything is being viewed through a different lens.

By the way, boys of the same age have some of those challenges but seem to remain blissfully goofy a lot longer. I’m not sure why, but I have a grandson of the same age who is more concerned with video games and riding his scooter than what his peers think of whatever outfit he’s chosen to wear to school. His criteria for that choice seems to be, “whatever is clean—or mostly clean”.

But ’tween girls are different, and it’s a difference that now has me paying a lot more attention to what Randi tells me about friends, school, and life in general.

I know that I can’t entirely protect her from the dangers of the world, but I can work at maintaining the connection that we’ve always had because losing that connection, I think, might be the greatest danger of all.

My fears were somewhat allayed last night when Randi found me back in my office.

“Grampa? I think we should go out on another ‘date night.’ You know, we can go for dinner and maybe go see the new abominable snowman movie,” she said. “I like it when we do that. It’s kind of nice just talking to you and stuff.”

I agreed and we set a day.

That’s when it occurred to me that all those hours of play with the princess dolls might have just paid off.