Sometimes the Sky is Green 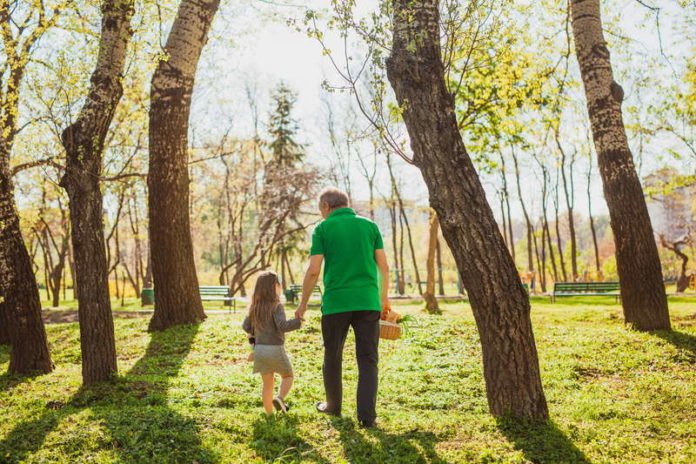 I’ve never really thought about my role as a grandfather. It’s been a sort of organic growth in approach and attitude without a whole lot of planning.

So, the other day when my now precocious granddaughter came upstairs and asked if she could sing a song for me, I didn’t give it much thought.

I could hear my daughter calling up the stairs telling Randi that Grampa had better things to do and to stop being a pest.

I wondered how anyone could consider the request to be an imposition and, turning away from my computer, I told her to go ahead.

She belted out a song with the enthusiasm of Ethel Merman and the confidence of Beyoncé. When she finished she looked at me with a smile and I applauded.

Oh sure, there had been a few pitchy moments in the performance, but she was happy, gave me a hug, and left.

It left me thinking about what had just happened.

Randi knew that the performance hadn’t been perfect, but she also knew that there was no way on earth that I was going to be critical of her efforts.

Now, make no mistake, I don’t hesitate to call my granddaughter on negative behaviours. If she sulks at her mother or rolls her eyes at the suggestion that she needs to take her school work more seriously, I will let her know, in no uncertain terms, that it’s time to shape up. I make sure she cleans up after herself and I’d have no patience for mean or unkind acts on her part, although those are few and far between.

And I don’t think she should get trophies for just showing up or that she should always win. Life’s not like that and I let her know that, too.

But when it comes to that other stuff, the sort of things where you’d expect your friend to be in your corner, I’m going to be there for her. Always.

My approach has sometimes left my daughter frustrated and critical.

“If Randi said the sky was green, you’d agree with her,” she observed one day.
Randi was listening to this exchange and laughed.

“You probably would Grampa. You’re on my side!”

Maybe I’d agree that there was probably some green in the sky at times, I countered, and that it really is a matter of perception. I noted that I’d seen the sky all kinds of colours and that those colours always shifted.

Sometimes it’s nice to have someone who’ll appreciate your imagination and not be judgmental of what you think, I added.

None of that is a criticism of my daughter’s parenting. I know that she does the heavy lifting of raising Randi and has to deal with everything from the vagaries of wardrobe and peer pressure of what the little twerp thinks she should be wearing, to registering her for extra-curricular activities and helping her with schoolwork.

My role is far easier.

I’m the one person that Randi will always be able to count on to listen to her songs and applaud.

I’m the person with whom she can share stories without fear that I’ll be critical of what I’ve heard and who, sometimes, will share stories in return.

And I’m the guy who’ll agree that, sometimes, the sky is a little green.

Tim Collins is a writer and freelance journalist living and working in Victoria.