The Challenges of First-time Parenthood 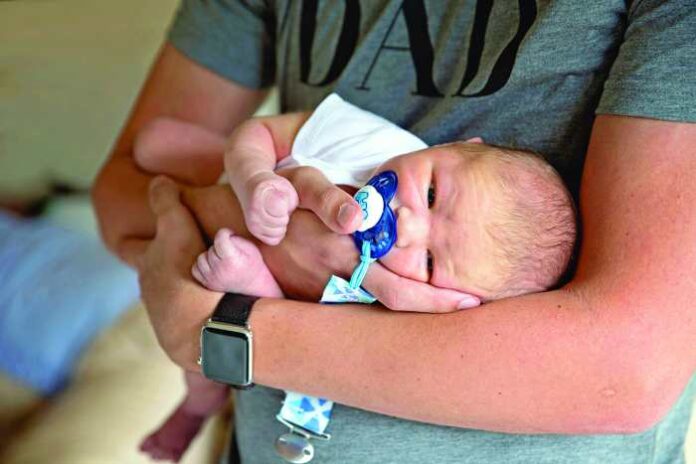 Although becoming a parent comes with countless ups and downs, many enter parenthood with eyes wide open to some of the challenges of taking care of a new baby. They have heard other parents talk about how peace and quiet will be in short supply and dirty diapers and sleepless nights will become the norm. However, diapers and sleep were rarely listed among the top concerns for new parents interviewed by researchers from the Department of Psychology at the University of Victoria.

Instead, new moms and dads were more likely to talk about the parts of parenthood less often mentioned in popular media and in public imagination:

• They talked about the frustration of waiting in line at walk-in clinics because they were without family doctors, or of calling daycares over and over again just to get put on a waitlist.

• They described being surprised by the challenges of breastfeeding, a process that they had been told would be “natural” and “easy.”

• They talked about isolation, a challenge new parents faced long before the COVID-19 pandemic put an end to many in-person services.

These are some of the experiences first-time parents shared during 20 interviews in 2019 and early 2020. Fourteen new moms and six new dads were interviewed to gain a better understanding of the resources available to parents in the Victoria area and to pinpoint where they could use greater support. The interviews were part of the larger “Perinatal Resources for Parents” (PeRC) study, funded by a University of Victoria Internal Research Grant awarded to Dr. Erica Woodin.

The biggest challenges mentioned by most parents related to ongoing, systemic issues in the Victoria area such as the high cost of living, lack of family doctors, and shortage of childcare spaces. Most parents in the study did not have family doctors and found themselves waiting in line at walk-in clinics and receiving minimal continuation of care. Even early childhood vaccinations were difficult to come by, with local Public Health Units booking far in advance. Parents frequently had to make use of same day appointments to get their vaccinations, which meant calling the Health Unit each morning until they were able to secure an appointment.

Similar to the lack of available doctors, parents also expressed frustration surrounding the lack of available childcare in Victoria. When asked about childcare, many parents admitted they were still on waitlists and worried about being about to return to work once their parental leave was over. Those who had secured spots had placed their child on waitlists before they were even born, a practice some parents found out was commonplace only too late.

“I realized when he was…a couple months old already,” said one participant, “that we should’ve been on top of this and then that’s just one more thing that I had to worry about.”

Parents were equally surprised by an aspect of parenting that many had never thought to worry about: breastfeeding. Almost all parents in the study expressed concerns around breastfeeding and about half noted it was a primary area of difficulty for them or their partner during early parenthood.

Many were quick to point out that there are ample resources for breastfeeding parents in Victoria but that they had to access several services before issues with breastfeeding resolved. For others, despite accessing many services, breastfeeding continued to be difficult or had to be discontinued. Parents were often surprised by how difficult breastfeeding was or felt shame in being unable to feed their child.

Although all parents faced unique challenges, common threads such a trouble with breastfeeding and barriers to accessing medical and childcare services emerged in the interviews. Along with a clear need for greater local resources to support health care access and childcare availability, participants also said they would benefit from messages that normalize the challenges of breastfeeding and de-stigmatize some women’s inability to breastfeed.

Check out more information on local parent and family resources and about research being conducted by the University of Victoria’s Healthy Relationships Lab at: onlineacademiccommunity.uvic.ca/healthyrelationshipslab.

How to Create Community & Tend to a Village

Making Peace with the ‘Season’