The Truth About Step-parents 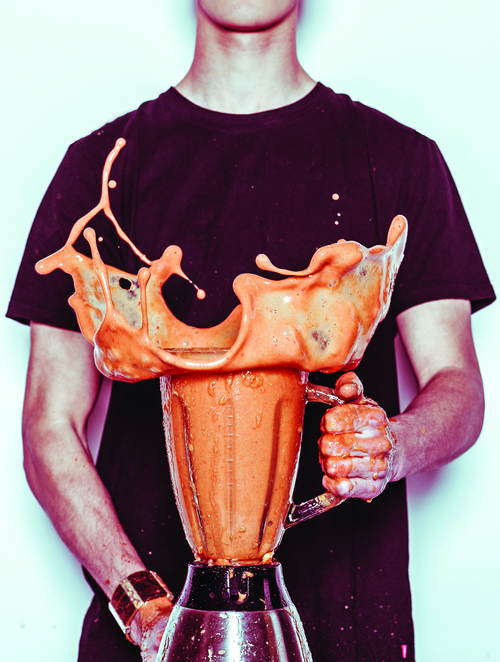 There is a gaping hole in the conversation about parenting. Sure there’s ample discussion about positive discipline practices, growth mindset, resilience, emotional intelligence, and play based learning. There are articles written for mothers, fathers, adoptive parents, foster parents and single parents. However, it seems no one is talking about a growing population of people who love and struggle, just like the rest of us do. No one is talking about the difficulties of being a step-parent.

No one grows up hoping to become a step-parent. It’s something that just happens to you, a curveball thrown your way. When I was a young girl, I knew I wanted to be a mother. I would play dolls and role play with my friends, acting out the caring nature I saw modelled by my own mom. I never once imagined, “What if these make-believe children weren’t actually mine?”

I never thought I would be divorced. Another curveball. All of a sudden, I was a single mother, raising two small boys on my own. I wasn’t alone, though; many of my girlfriends found themselves in the same boat. We shared articles, podcasts and books about the struggles of being a single parent. We spoke openly about our fears, our challenges and our hopes for the future. We formed a supportive community, picking each other’s children up from school, babysitting and cooking meals when someone had to work late. For a while, it was like a single mom’s sister-wife club.

After a few years, I met a wonderful man and we fell in love. He came with a plus one—a son. With sweet naivety, my new beau moved into my home and we planned to create a loving, safe space for all of our children. We both shared custody with our exes and we had a vision of bringing said exes into the folds of our life, co-parenting with grace and respect.

Though it may not be surprising to you, it was shocking to me that our exes were not on board with this unicorns-and-butterflies version of our new reality. There were very clear lines drawn in the sand in terms of boundaries, and new business-like relationships were formed, instead of close friendships as I had hoped.

Along with navigating custody arrangements and learning to co-parent with your ex, your new relationship is complicated by an instantaneous change in family dynamics. When you fall in love in your twenties, you hold hands and gaze romantically into each other’s eyes as you daydream about the children you might have together, in the future.

Falling in love the second time around does not afford you this luxury. Moving in with someone is complicated, at the best of times, as you adapt to the other person’s habits, expectations and quirks. Now, throw three children into that dynamic and you can imagine how unromantic the situation might be.

In the midst of growing a marriage and a new relationship, you are also carefully walking through a landmine of worries, anger, and fear from the children, who have not asked for this enormous change.

It was uncomfortable for our children, being parented by someone new. It is even harder to allow someone else to parent your children. It requires an extreme level of trust, one which might not have developed yet, when you first choose to blend families.

In truth, the children handled the change with more grace than either my husband or I. Here’s the straight talk. You can care for someone else’s child. You can console them, help them with homework, feed them, laugh with them, play with them and drive them to practice. However, when the proverbial sh*t hits the fan, the biological parents have executive decision making power.

Your opinions and advice, as the step-parent, may go unheard and then you need to sit back, zip your lips and try your best to be supportive. You and your new spouse may try to co-parent as a team, but there will be moments when you just can’t because, at the end of the day, that’s not your child and you may be out voted. It’s a tricky situation, one which requires a complete lack of ego. Easier said than done.

As time progresses and trusting relationships are formed, everyone will likely find a new normal. But it isn’t easy. For the first year of my new marriage, I questioned if I had made a gigantic mistake. I held on strongly to my belief that we are given what we can handle and that every adversity is an opportunity to grow and become a better human.

That’s what got me through the tough moments and what still carries me. I am seven years into this marriage and there are still times when I feel I am failing as a step-parent. It’s a role that is relatively new in our society, and one for which I feel very little advice is offered.

A step-parent is a care-giver, a cheerleader, a scapegoat at times, a sounding board for your spouse, a friend and a chauffeur. But you are not your step-child’s mother or father. So to all of you step-parents, I say this: You are the unsung heroes, the ones who swallow their egos, who lose sleep over children who are not yours. It’s not easy being in this role. And, I think it’s okay to say we don’t always act with grace. Our feelings may be hurt, our pride bruised, our voices unheard. But we get up every day and support our spouse in the hardest job they will ever do: raising their children. And they do the same. After all, we’re in it together.

Kelly Cleeve
Kelly Cleeve is a passionate educator with 14 years experience. She is a graduate student at the University of British Columbia, a wife and a mother of 2 beautiful boys.

The 1Up Single Parent Resource Centre is a charitable organization that has been serving the evolving needs of single parent families since 1978. We...
Read more
Motherhood

The Saving ‘Grace’ of the Redo

“Tomorrow is a new day.”My mom has often used these words (memorably uttered by the irrepressible literary heroine, Anne Shirley) to placate and...
Read more
Phones

As a parent, I do not get much time to myself. Like really to myself, when I can think through entire trains of thought,...
Read more