The Wide World of Adaptive Sports 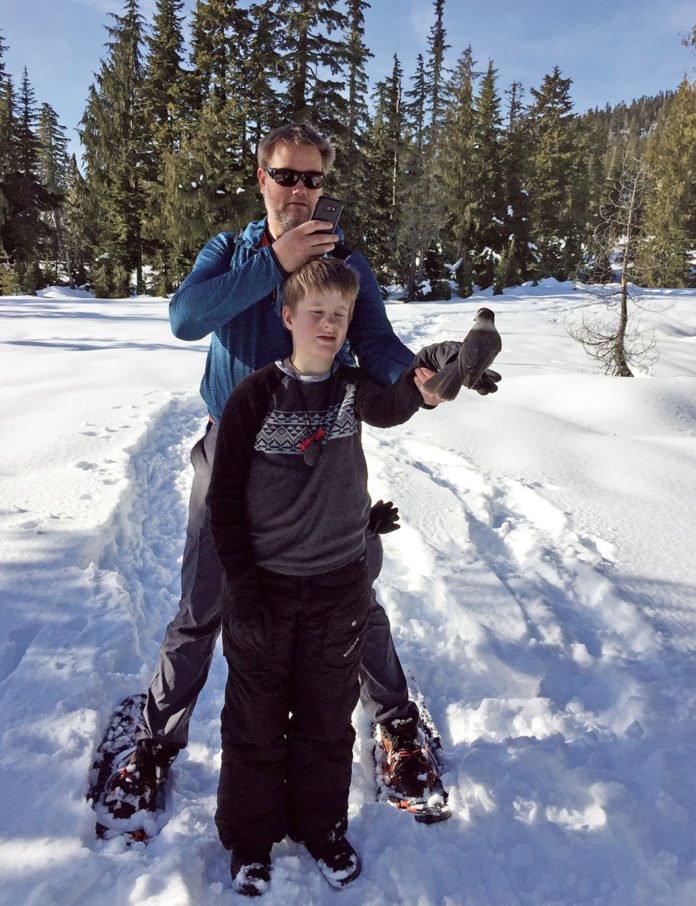 Take one small, barely walking, three-year-old son. Do not fret that he has low muscle tone, he is a keener in all things, or so you tell yourself. You’ve already borrowed a pair of strap-on, double-bladed skates which your friend used for her tiny daughter last year, though she is your son’s same age.

You are good on skates, and though your husband is less so, he will manage. “Here we go!” you exclaim, as you help your son stand. He will not walk in these things but stands looking wide-eyed. “Try walking!” you say. You are pumped up on jubilation, yes you are. “Here we go!” you say again, son having walked to the gate, and you having stepped down onto the rink, your husband air-lifts him to the ice. “Ready?” All that moves are the tiny pale eyebrows above your son’s still, staring blue eyes. “OK! Hold onto the wall or me,” you say. The effort to stay on his feet makes it impossible for your son to hold his upper body. He goes boneless from the waist up. You hold him aloft, arms around his chest, “skating” behind him.

Tiny-footed he wears the strap-on skates for years, then graduates to rental hockey skates. Does he take lessons? No. But you go regularly in fall and winter. Skate when there is ice at The Empress, skate at Butchart Gardens before singing the “12 Days of Christmas.” Skate when visiting cousins in Nanaimo.

Jump ahead 10 years. Upper body strength has come a long way, your son is an active 13-year-old—tall and slim despite his Prader-Willi Syndrome and dangerously too loud despite being officially non-verbal. He begins to move his own feet during a game of basketball on the ice. This is a slow process, but skating is not an everyday thing like hiking. You try to go before the first school trip of the season. Partly to practice, get the ice legs back, but also because you want his typical peers to see he can do things they can do. Last year you noted that many of them are beginners and quietly celebrated this similarity.

Colwyn, who is 13 now, has been wedged into this or that contraption so he could participate in winter sports: from being towed in his Chariot while we cross-country ski at Mt Washington to being held on a toboggan by his dad while they raced down a just-barely snow-covered grassy slope. Ice skating was a back-breaking labour, but now we are both upright, and I skate backwards holding his hands. Snowshoeing was an easy sport for him. While his cousins moaned that it was just walking on snow—he trekked quietly along—big shoes, soft landing, sunshine and snow. One of us would walk ahead, holding a scarf tied to his wrist to keep him moving. 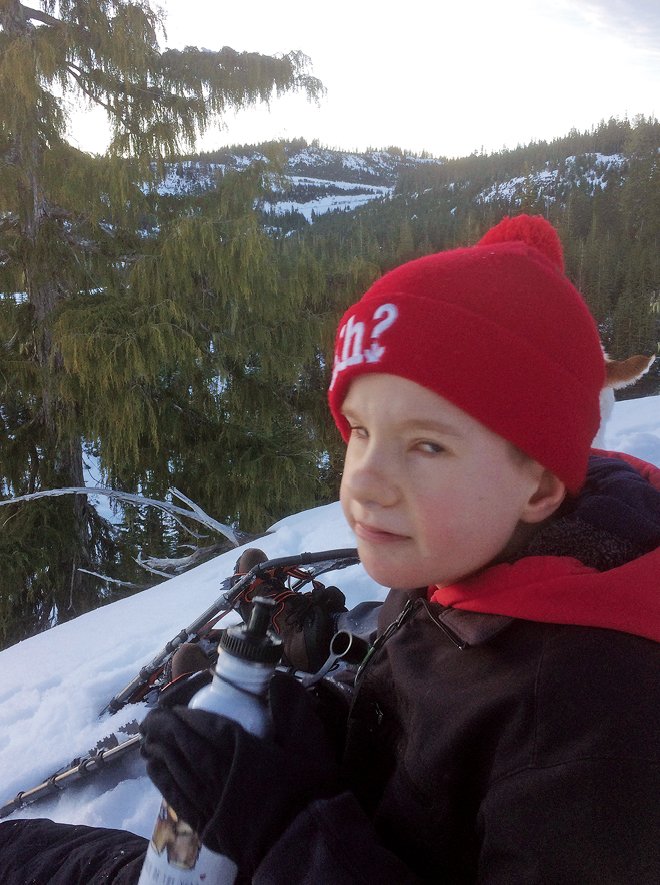 Two significant differences between typical and diverse kids may be how slowly neurodiverse kids learn competence in sports compared to typical kids and how much parents may have to get in there and join. Never do we just send Colwyn off for a skating or swimming lesson. Always we have forms to fill in, behaviours to discuss, meetings, doctor’s forms and me or my husband on hand in case needed. While their peers all graduated out of Parent and Tot groups, kids with special needs are often being supported by their parents into adulthood.

This is not the case at the Whistler Adaptive Sports Program, where one of the key tenants, other than getting kids from the ages of three to adult out enjoying physical literacy in all seasons, is that parent-involvement is not necessary. “Mom and dad can drop off,” says Chelsea Walker, the Executive Director of Whistler Adaptive Sports Program. “Parents are involved in planning, certainly family can join in skiing and other activities, but they are not required to be assistants. We want them to be able to go off and do what parents need to do.”

Walker has created the equivalent of the Individual Education Plan (IEP) schools offer, but this is an ISP, an Individual Sports Program. Her team can help kids access the sports they want to try, and the support needed within.

“We meet, talk about needs and desires and where successes are as well as struggles,” says Walker. “We develop a program that will connect kids with peers, or if they need 1:1, look at how to scaffold for more success toward peer-based activities.” Some kids must stay with 1:1 support, especially if they have high medical needs, but Whistler Adaptive can work with any athletes to help them enjoy the outdoors in all seasons.

Though we might worry about low tone with Colwyn, poor balance, being too cold with his poor temperature control, we have it relatively easy. Some children live beyond sensory discomfort with complicated medical needs, sometimes low muscle tone, fear of speed and novel movements and a tendency to self-injure, making it hard for parents to consider adaptive sports. 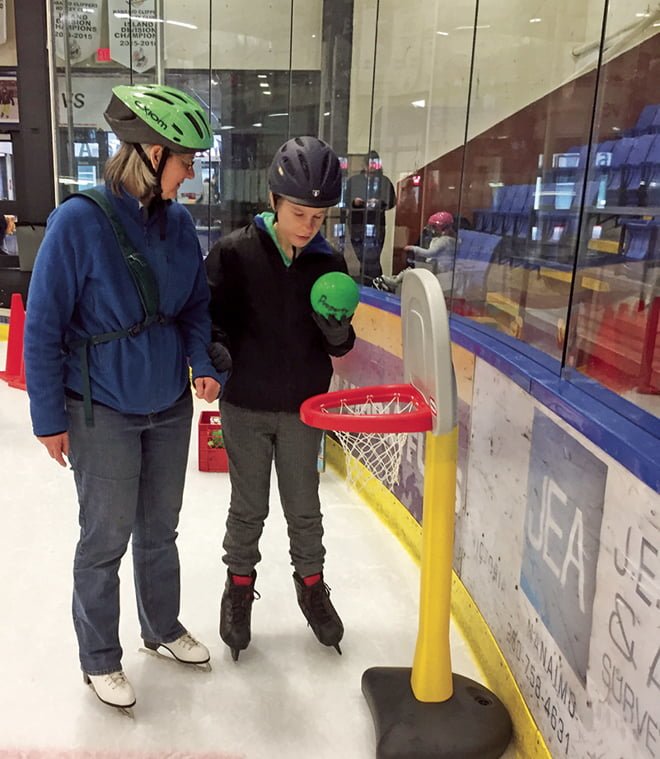 In fact, because he has a school trip sometime in February on Mt. Washington for downhill skiing, I’ve registered him with the Mt. Washington Adaptive Program so the team there can meet him, he can get used to the hard boots and skis, and see how it goes. I’m less concerned with him becoming a skier and more interested in him having an equal opportunity to join in.

My motto is always—try. And because there is an adaptive program in place, we can. I’d have a hard time introducing skiing in the way I did skating as I’ve not skied in years. Also, I think as Colwyn gets older, it’s healthy for him to do things NOT with his dad and me, but with peers and helpers who can teach him and give him time separate from his parents.

Physical literacy is even more important to kids with low tone and disabilities, but it is important to all of us. “There has been a generational shift, where people are doing less sports,” says Walker. “We used to just put on skates and go to a lake. We learned basic literacy. We want to offer that to the kids. The sky is the limit, there are no barriers.” 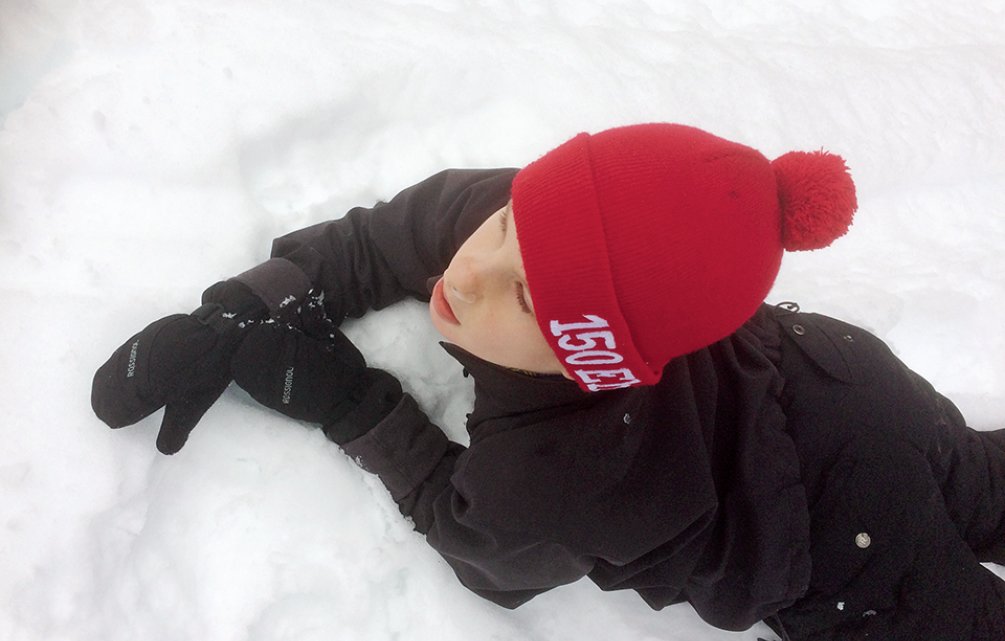