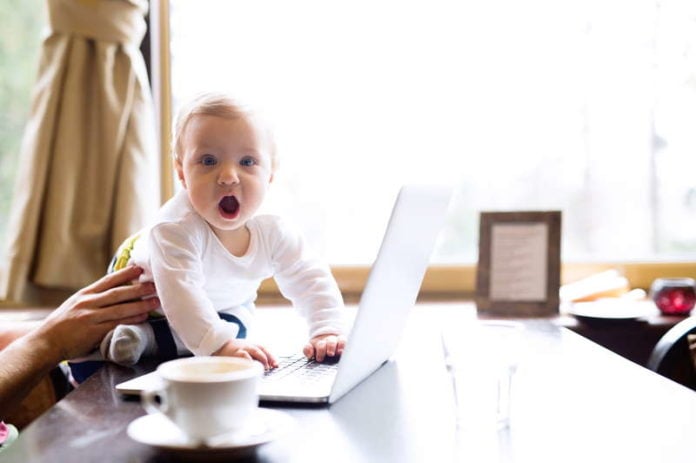 I write this with a six-day-old baby squirming on my lap. He doesn’t seem incredibly stoked to be sharing the real estate space with my laptop, so we’ll see how it goes.

(Live-feed update: 10 minutes just passed after me typing that first sentence, but now he has his soother and is sucking away peacefully.)

Yes, since my last column, little Russell was born into this world, making a frantic race to the finish line at Vic General, punctuated with a humorous water-breaking incident in the elevator heading up to the delivery room—which immediately made me think of something that would happen in an episode of Three’s Company, for some reason.

Twenty minutes later, I had a pair of scissors in my hand and was preparing to cut the umbilical cord. As I’ve learned from previous births, that thing isn’t easy to cut. I’ve often used that as a metaphor for all I didn’t know and wasn’t expecting with parenting: that cord looks way easier than it is and can take a couple snips to get through. It’s kinda sinewy and almost like you can feel ligaments or something as you…

Uh, yeah, it’s tough, even though it looks smooth and slimy.

All of which sounds pretty gross, but babies are pretty gross! The meconium poop is still one of the gnarliest things I’ve ever seen a human being produce, and that weird feeling of having someone stare directly, intently into your eyes as they suddenly, seriously let out a huge fart is pretty unparalleled in the human experience. These are all wake-up calls: I’m 42 and just had my third baby. Can I handle it?

(Live-feed update: he’s fast asleep on me, and I’m doing some absurd coffee/laptop/baby acrobatics that would probably raise more than a few eyebrows from cautious parents across North America).

Anyway, yes, sure, I can handle it. I think.

There’s no denying that, like a lot of things in life, I’m kinda late on this. By the time this dude is eight, I’ll be 50!

But then again, I don’t think I would have been ready to juggle three kids much earlier than this point in my life. Maybe I matured late—like a fine goddamn wine, not like a stubborn manchild, thank you very much—but it sort of makes sense now.

I feel like what I’ve learned since we started letting people know we were having our third is that a lot of parents want to have more kids but are scared to. No one has said that to me outright, but lots have said that to me implicitly. They make jokes about more kids being more than they can handle, more than they can afford; they talk about how they can’t mentally deal with going back to the baby years. But then they get that look in their eyes and I think they kinda want another.

I hear them and feel their struggles on all the above concerns. But if you’ll notice, those are the same concerns with baby number one—“Can we afford it?” “It will disrupt our routine?”— and number two.

Damn, man. We live in a city where real estate developers drink the blood of newborns if it means they can get another dollar out of the working class. None of us can afford anything at this point. I’m not entirely convinced I can afford this cheap Folgers coffee I’m currently drinking, and I’m pretty sure that’s the sound of me chuckling when people talk about paying for their kids’ post-secondary education. But we can get by. Don’t let those fears sway you too much. Three kids is amazing. We’re a “big family” now, and it’s great.

Anyway, I got through the cord in three snips. I was hoping to get that thing on the first try this time around, but nothing’s ever perfect. I’m just grateful that I had another chance.

My kidlet likes a schedule.I’m ruled by time, with alarms for everything from taking out the recycling to not forgetting to eat ice cream...
Read more
Fatherhood

Our family lives not too far from Bowker Creek. We pass over its hidden waters or walk along its concrete banks several times a...
Read more 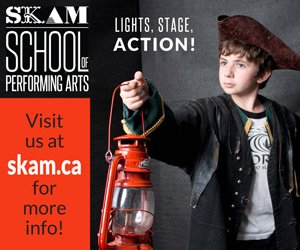