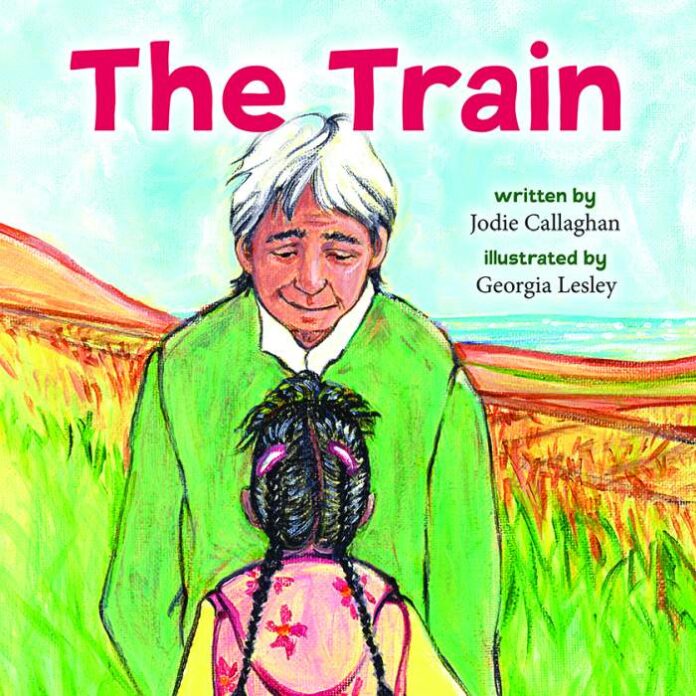 This collection of 25 of the best Indigenous picture books published in Canada between 2018 and 2020 is from the latest edition of From Sea to Sea to Sea: Celebrating Indigenous Picture Books

By Susan Avingaq, Inuit, and Maren Vsetula; Illustrated by Charlene Chua. Based on Avingaq’s memories of growing up in an iglu, this story is about three children who must amuse themselves when their anaana is called away to help deliver a baby

By Jodie Callaghan, Mi’gmaq; Illustrated by Georgia Lesley. This gentle story introduces children to the residential school system through the eyes of Ashley, in conversation with her uncle.

By Leah Marie Dorion, Métis. Alongside colourful, full-page illustrations, Dorion outlines the traditional Métis way of life. Featuring text in both English and Michif, the story particularly focuses on the relationship between the Métis and the bison.

How the Moon Came to Be

By Leah Marie Dorion. With lyrical text and stunning illustrations, Dorion shares the traditional Métis story of Grandmother Moon’s creation, as well as how the moon and Mother Earth came to be named.

By Julie Flett, Cree/Métis. Young Katherena moves to a new home. She finds warmth and friendship after befriending Agnes, an elderly neighbour.

By Clayton Gauthier, Cree/Dakelh. Told in the voice of a mother bear, this book by multimedia artist Gauthier shares a simple story that works as a rich metaphor for an Indigenous worldview. 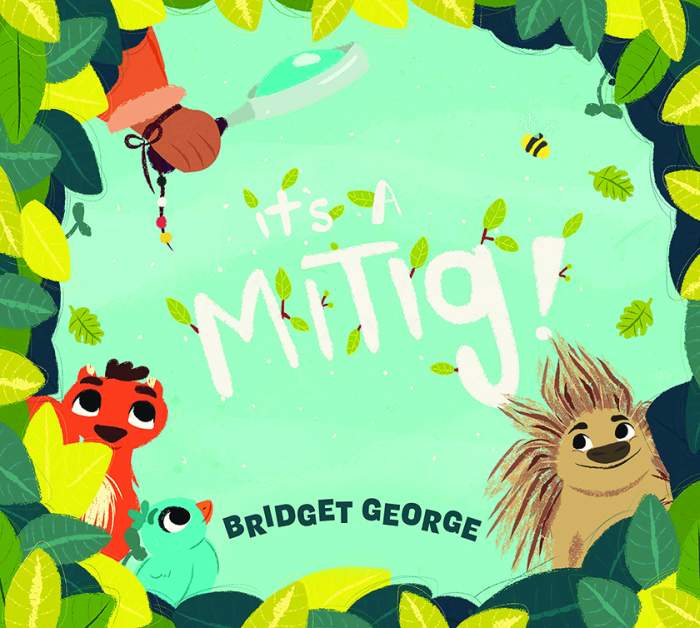 By Bridget George, Anishinaabe. Take a trip through the forest while learning some basic Ojibwe nature words. 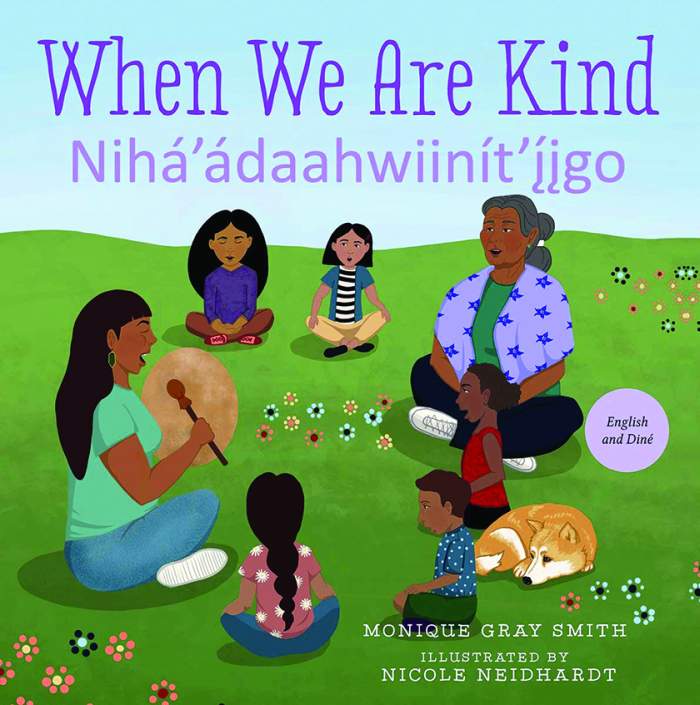 When We Are Kind

By Monique Gray Smith, Cree/Lakota; Illustrated by Nicole Neidhardt, Diné. When We Are Kind is a celebration of kindness, empathy and gratitude. The text is simple, yet powerful in conveying the importance and impact of being kind to others and ourselves.

By Hetxw’ms Gyetxw (Brett D. Huson), Gitxsan Nation. From an unexpected storm in the Spring Salmon’s Returning Moon, Lasa ya’a, we follow an eagle mother as she protects her eggs from snow, through the Berry Moon as both parents hunt to feed their eaglets, to the babies’ time as fledglings when they “branch” and try their wings.

Awâsis and the World-Famous Bannock

Awâsis is tasked with delivering Kôhkum’s (Grandmother’s) world-famous bannock to her relative, but as she walks, she loses it. Thankfully, she has many animal friends in the forest who help her along the way.

How I Survived: Four Nights on the Ice

By Serapio Ittusardjuat, Inuit; Illustrated by Matthew K. Hoddy. Based on real events, Serapio Ittusardjuat’s gripping story relates how he got stuck out on the ice for four nights when his snowmobile broke down. Relying on his traditional Inuit knowledge, Ittusardjuat explains what he did to survive.

I Lost My Talk

By Rita Joe, Mi’kmaq; Illustrated by Pauline Young, Mi’kmaq. In this spare, quiet poem, acclaimed Mi’kmaq poet Rita Joe speaks to the profound effect of having lost her language during her years at residential school, and her desire to find her talk again.

By Suzie Napayok-Short, Inuit; Illustrated by Tamara Campeau. Akuluk is spending her summer with relatives in the Arctic. She accompanies her uncle and aunt out onto the open ocean by boat to check on their old camping grounds.

The Origin of Day and Night

Paula Ikuutaq Rumbolt, Inuit; Illustrated by Lenny Lishchenko. Tiri the Arctic fox prefers the dark for hunting, but Ukaliq the Arctic Hare calls for the daylight so that she can find moss to eat.

By Nadia Sammurtok, Inuit; Illustrated by Lenny Lishchenko. In this loving story, we get a baby’s view of how comforting it is to be carried in an Inuit amautik, the pouch in the back of a woman’s parka.

By Alan Syliboy, Mi’kmaq. Mi’kmaq artist Alan Syliboy brings us a second story about Little Thunder, this time focusing on his friendship with the trickster Wolverine. While eel fishing, their favorite pastime, Wolverine awakens the legendary great eel and an exciting battle ensues.

By Tenasco, Sunshine Tenasco, Kitigan Zibi Anishinabeg; Illustrated by Chief Lady Bird, Chippewa and Potawatomi. This is the story of Nibi (“water” in Anishinaabemowin). She is thirsty, but there is no clean water to drink in her community.

Swift Fox All Along

By Rebecca Thomas, Mi’kmaq; Illustrated by Maya McKibbin, Ojibwe, Yoeme and Irish. Based on Thomas’s own experiences, Swift Fox All Along recognizes the experiences of urban Indigenous youth connecting to their culture.

When We Had Sled Dogs: A Story from the Trapline/ ācimowin ohci wanihikīskanāhk

By Ida Tremblay, Cree/Nehiyawak, and Miriam Körner; Illustrated by Miriam Körner. Ida Tremblay’s childhood memories of travelling between her family’s summer fishing camp and winter traplines in Saskatchewan are accompanied by vibrant illustrations that bring the family’s hunting, fishing and canoeing adventures to life.

Richard Van Camp, Tłıchǫ; Photographs by Tea & Bannock. Van Camp adds to his board book library with another ode to sharing, caring and family happiness.

The Girl and the Wolf

By Katherena Vermette, Métis. A little girl becomes lost in the woods. It is growing dark and she is cold and hungry. A wolf encourages her to close her eyes and breathe deeply to find food, to calm her fears and to find landmarks.