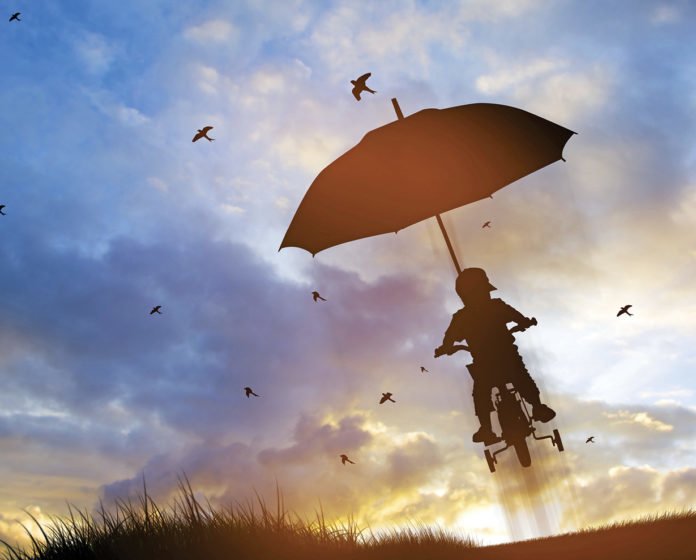 My kid is cautious.

Sure she’s adept at charging across the room and tackling me flat onto the couch, leaping onto my back without warning or hanging on to my leg for a free ride, years of practice has built her confidence with this sort of recklessness.

She’s also a miniature mountain goat, climbing onto rocks, playgrounds and my car with ease. She’s like a cat that way. I think she enjoys the perspective.

Being on a bicycle, though, just hasn’t been her thing.

The pedal-less runner bike we got on loan from a friend didn’t seem to click the whole speed equals balance equation in her head. So, we went to a standard bike with training wheels, and it took (if you asked the internet) a bit longer than usual to take those off, but she got there.

From that point, though, the bike just didn’t seem to be her jam. She loved her little kick scooter, but it doesn’t quite provide the distance or flexibility of traditional cycling.

She outgrew her very first bike before it could’ve been considered broken in. Most of her cycling would be on camping trips or the odd I’ll-bike-with-you trip to school. Aside from that, though, she preferred other modes of transportation, be it her feet, her scoot, or the car.

Then came that fateful birthday.

A friend’s eighth birthday was planned at the brand new baby pump track at View Royal Park. Unfortunately, come party time, the track wasn’t yet finished, so the parents moved it to Greater Victoria BMX, the BIG HONKIN’ PUMP TRACK OF THE PROS behind The Q Centre.

A pump track (if you didn’t know; I only learned this at the party) is a very hilly course, either dirt or paved, meant to be traveled predominantly using gravity and inertia. From a larger starting hill, the idea is that neither your pedals or brakes are employed as you move through the track. There’s a lot of standing on your pedals, off of your seat, and it’s a great core workout.

So, while the View Royal Park pump track is a sweet little paved number with the approximate footprint of a small school playground, Greater Victoria BMX is massive and intense. Well, to me.

Kids and grownups reach incredible speeds (and heights, off the jumps) on a combo dirt/gravel/paved course, and yeah, we were there for a go-have-fun birthday party, but people have gone to world championships after training there.

So off goes my little, walking her adorable pink bike, to start the half track with a bunch of her friends.

She’d been so rusty that, before the main event, she reacquainted herself with her wheels on a little strip of land beside a building, going over the tiniest little anthill-sized bump. But now it was go time on the real track.

As predicted, once she coasted down that first hill, she didn’t quite have the momentum to crest the second. So, she caught herself, walked her bike to the top, re-mounted, and tried again.

On hill after hill, she lost momentum, got off her bike, walked to the next summit, and tried again.

But she came off of that first ride—labourious as it may have been—with a smile. Then, she went back.

Again, gravity and physics would conspire against her, and she’d hoof it to the top to try again, but it happened less and less each round, until that first completion with no stopping.

At this point, she was sunk. She didn’t immediately come back to the picnic tables with everyone else for food, or cake, or presents and, by the time the party was over, I had to physically stand in front of her in an effort to stop her, but she deked left and took a shortcut back to the beginning to go again. Twice.

The big kids’ track clicked biking for her, hard, and we’ve since been back to the now-open itty-bitty pump track in View Royal multiple times. But she’s already decided where she’d like her next birthday.

It’s the ‘Little Things’ that Matter this Summer