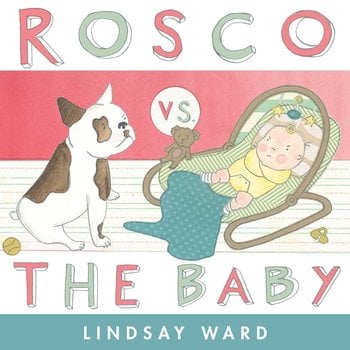 When I was growing up, I was never good at practical jokes. April Fools’ Day was lost on me. But that doesn’t mean the fun is lost on you or your child. Your family may get a kick out of short-sheeting beds, taping silhouettes of bugs to the inside of lamps, or whatever sort of jokes people play on each other.

Regardless of how you feel about April Fools’ Day, you don’t need to limit your humour enjoyment to one day, because April is National Humour Month. Even if you aren’t into practical jokes, there are so many different reasons to laugh. Here are four:

3. Laughter helps you relax and recharge.

To help make your quest for funny stories a little easier, here are seven books that made me—and my children—giggle.

It’s a classic battle between the beloved pet and the new baby in Rosco vs. The Baby by Lindsay Ward (Simon & Schuster Books for Young Readers, 2016). Rosco was the heavyweight champ of his home and he knew it. He was the loudest around and had something to say about everything, including the new baby.

But the baby is not going to take this quietly. He tries to drown out Rosco’s barking, and the battle between baby and dog is born. The two go though many rounds as they try to find new ways to defeat and get rid of the other: Rosco chews bottles and blankets, while the baby makes mud pies on the dog and throws out his favourite ball. Read along with the entertaining competition to find out when and if the battle ends. For ages 4 to 8.

The cows are at it again in Click, Clack, Surprise! by Doreen Cronin and illustrated by Betsy Lewin (Atheneum/Caitlyn Dlouhy Books, 2016). In this sequel to Click, Click, Moo, the animals are getting ready to celebrate Little Duck’s first birthday. They all want to look their best at the party and set about cleaning themselves off in their own special way. Little Duck wants to look good, too. She decides the best way to be extra clean is to copy everyone else’s cleaning habits, including the pigs. For ages 4 to 8.

The next one is Hello, My Name is Octicorn by Kevin Diller and illustrated by Justin Lowe (Brazer and Bray, 2016). While the story is fairly silly and light-hearted, because the main character is half-unicorn and half-octopus, who has no idea how his parents would have even met, it still deals with a pretty important topic: belonging. Octicorn doesn’t feel like he belongs anywhere. But he still wants to be your friend, and he’s really good at juggling so you should definitely consider it. For ages 4 to 8.

In A Horse Named Steve, Kelly Collier (Kids Can Press, 2017), Steve doesn’t want to be a normal horse. He wants to be exceptional, and that means he needs to wear ribbons like the other exceptional horses. At least that’s what he thinks until he finds a gold horn. Steve just knows that wearing it will make him exceptional. So he ties it to his head and runs off to show his gold horn to all of his friends. Everything is going exceptionally, until Bob tells him that the horn is missing. The story, and all of the narrative side notes are hilarious. For ages 4 to 8.

If your child liked A Horse Named Steve there is a good chance they will also enjoy Mo’s Mustache by Ben Clayton (Tundra Books, 2013). This tale begins with Mo’s super-duper, epic mustache arriving in a box. He pulls it out and shows it off to the other monsters. Soon, to Mo’s dismay, all of the other monsters follow suit. Clayton’s drawings bring this story to life. For ages 3 to 7.

The next book on my list is Bad Kitty: Puppy’s Big Day by Nick Bruel (Square Fish, 2016). In this hilarious adventure Uncle Murray has to come swoop in and pull puppy out of the house, because Bad Kitty is in a very, very bad mood and Puppy isn’t helping. But Puppy’s outdoor adventure does not go as planned. Uncle Murray is nearly arrested and Puppy is sent to the pound. I was laughing out loud the entire time I was reading this book and I hope you do too. For ages 8 to 11.

The final selection is Judy Moody: Mood Martian by Megan McDonald and illustrated by Peter H. Reynolds (Candlewick, 2014). For backwards day, Judy Moody decides to not be moody for the whole day. That evening on the bus ride home she dares herself to do it for a whole week! First she takes notes on how her friends stay in good moods, and then she begins. As you can imagine, things do not go as planned. In fact, her friends think she has been replaced by an alien. For those of you who already know and love the Judy Moody books, you will not be disappointed by this one. For ages 6 to 9.

I hope you find this list of funny books helpful this month. And remember, laughing is supposed to help your kids sleep, so you can go ahead and add these to your bedtime stories.

Christina Van Starkenburg is a freelance writer and mother of two young boys. You can read about their adventures at thebookandbaby.com.

Over the winter holidays many families get together to decorate trees, light candles, and eat yummy foods. While many of us do the same...
Read more
Reading

In a few days, my five-year-old will turn six. While we have never been the type of family to rent out a room in...
Read more 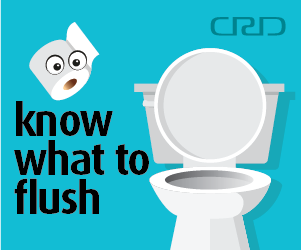