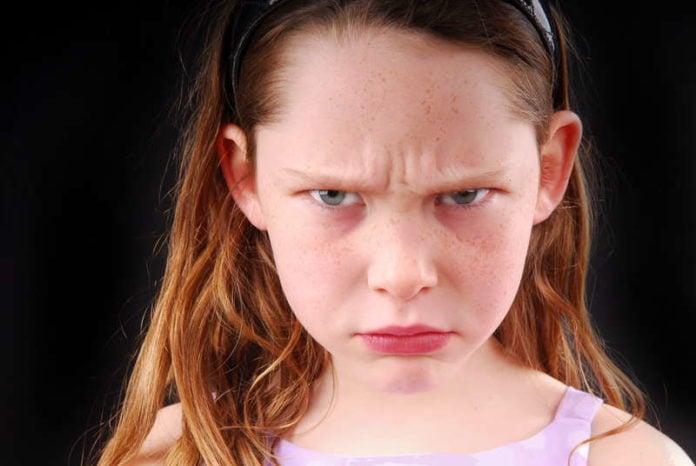 I’ve been writing this column for around six years; in a way, it’s been an interesting opportunity for me to keep track of things as my kids grow up. I’ve sort of been creating the road map as the journey goes on through my musings here, and I see that I’m now entering that rocky, pothole-filled area that the municipal authorities don’t want to deal with: the pre-teen years.

Yeah, my girl is 10 and a half now, and I couldn’t help but notice I’m getting a lot of scowls, lots of sarcastic inflections that weren’t there a couple years ago, lots of attitude. The interesting thing is how put on a lot of it seems; given that we’re horrible, near-Amish parents, and she gets just 30 minutes of screen time a day—the horror—this probably doesn’t come from media as much as it does from peers (who are, of course, getting it from media).

Sometimes I’m tempted to think it’s actually a natural thing: when kids hit double digits and the pre-teen years start, they just have a natural inkling to turn into sullen, attitude-ridden explorers of wild mood swings previously only dreamed of.
But then I think, hmm, were pre-teens like this 100 years ago? Was little Laura Ingalls a terror at this stage? Or what about societies where there is little or no media? Those untouched tribes we occasionally read stories about with a passionate, detached curiosity; are their 12-year-olds talking back to mom and dad while we fly over and gawk and snap pictures for our websites? Doubt it.

So here’s where I get torn. I kinda like the pre-teen attitude.

I find it funny and for me it means the kid is getting closer to being a teenager, which is sort of cool. I don’t remember being six, really, but I remember being 16, so there’s a sort of connection there that I look forward to exploring. On the other hand, I’m your dad, don’t talk to me like that or that 30 minutes a day of Netflix is going down to 20.

And maybe that’s worth talking about: I hear a lot (can I emphasize that? A LOT) of people saying things these days about how they can’t get their kids off their phones or laptops.

Are you kidding me? You “can’t” get them off their devices? The kid is half your height and still mopes when you put raisins in their lunch (I do that too; horrible dad victories all over the place here, LOL). What’s with this culture of the kids having control over the parents? Take the phone away from them. There. Done. (Heck, buy me a six-pack and I’ll come to your house and do it for you.) It’s easy!

All of which is, somehow, to say that the good thing about taking the time to do this column is that it’s forced me to take the time to stop every once in a while and reflect on things, and to look ahead and see where things are going.

It’s easy to get caught in the chaos and to be plowing always ever forward; I’m lucky to have a reason to stop now and again and take stock and to at least use this space to remind you to do the same.

And to not be afraid to take away their screens. We can do that, and as the kids get older, they need to remember that we are the parents, after all. We set the rules, and we are the bosses, and we damn sure can and do say “no.” And, also, go ahead and give them raisins in their lunch once in awhile—that’s kinda funny, and we can do that, too. Sometimes it’s those little joys that make the endless black clouds of the pre-teen era just a bit easier.