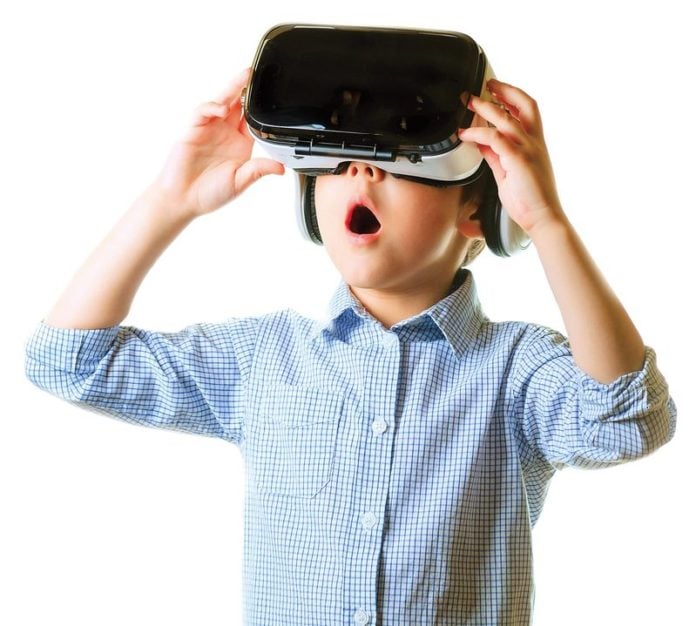 Screen time is one of the biggest concerns/struggles/die-on-the-hill battles faced by modern parents.

How much is too much? How can I cut it down? Why is it such a fight?

On that last one, in the case of phones, it’s because games and apps are designed to hold our attention and bring us back with notifications. Validation, fear of missing out, dopamine, etc.

It sucks, yet is the reality of technology we’re living with.

You’d probably fight if someone wanted to take your phone away, too. Problem is, our kids are using many of the same apps which have a stranglehold on us.

And, sadly, there’s no one solution. Like many things in life: it depends.

It depends on if your kid responds to “five more minutes” (and if you hold them to that), if you can fill your day with other activities away from the screens, or if there are alternative stimuli you can offer (and which they will take to). Every family is different.

For me, it’s not the phone. It’s the Nintendo Switch and DS. My kidlet loves them as much as I do, and sometimes, it’s boggling to see how much time can pass in play while I do a few dishes or reply to a few e-mails, not being present.

While, again, I don’t have the solution, I discovered something recently which has, at least, somewhat reduced the sedentary default of most gaming experiences: virtual reality.

Coming far from the cheezy VR you may or may not remember from the ’80s, today’s virtual reality can be a downright workout, depending on the game.

First, if you own a Switch, the Nintendo Labo sets have been a joy, and the VR kit they released last year has been a boon.

While the games are still meant to be played in a sitting position (a bit of a liability from Nintendo, a company which saw many people get so into digital bowling that they sent their controllers flying in to their TVs in the mid-2000s), playtime only takes place after building time.

The program takes you through very clear and detailed animated instructions on building the cardboard pieces which create a handheld 3D visor into which the console is inserted.

From there, more and more pieces are built, each taking anywhere from 10 to 30 minutes, and the game is very good at explaining how each of the pieces work with regards to the infrared cameras, gyroscopes, and accelerometers built into the console and its controllers, which are inserted into cardboard creations resembling a bird, an elephant, a rifle-like blaster, a camera which click-click-clicks when you turn the lens, and more.

The longform nature of the construction, the fact that learning is part of the process, and the active nature of the games themselves are all unique facets of the Labo kits, which is a stark contrast to the slouched controller-in-lap pose of most other games.

If it’s time to get serious, there’s a little gem of a place hidden away on Nanaimo Street called Vic VR. It’s run by an under-20 local, is kitted out with the serious headset-and-hand-controllers VR rigs like the HTC Vive, and boasts an impressive array of games for kids eight and up.

And what are patrons doing while playing these VR games? Standing.

There’s a surprising amount of upper body movement involved in many of the offerings. My kidlet chose “Job Simulator” as her first foray into serious VR.

Cue Papa scoffing at the ludicrousness of a child choosing work as a game.

Cue Papa eating his words as he spent half an hour serving robot patrons in a robot restaurant in Job Simulator after she was done.

Using my arms, which were being tracked by cameras to replicate the movement in-game, I blended, toasted, fried, baked, and washed up, all to serve my computer-screened overlords as the only human in the place.

I got the arm workout of my week with a game called Longbow, a tower defense game in which your weapon is a bow and arrow, necessitating the need for bow-and-arrow-like movements (along with precise aim) to stop animated stick figures from storming the castle.

But my favourite experience was the one I was champing at the bit to try in person after having watched many a video of: Beat Saber.

In the game world, your hands are each holding a laser sword, and you use these to slice through blocks, on the beat, while they rush at you accompanied to music of varying thumpiness.

Not only are arm swipes constant throughout each of the sessions, but occasionally, you have to duck down or sidestep to avoid larger walls coming at you. While I was slicing away, I had my friend take some video of me from his vantage point in The Real World™, and I looked ridiculous. VR is an amusing spectator sport, too.

Sure, you pay for time at Vic VR, but you also pay for time at a gym, right? I came outta there invigorated, if not a little sore, and anxious to return and slice more blocks. My kidlet asks me every week when we’re going back.

So, while it’s not a solution for everyone, virtual reality delivers on being an escape from the real world, with the added benefit of getting the blood pumping through physical activity, something your standard gaming situation is generally rubbish at providing.